Here we are again for a new article about the secrets of the manga Naruto ! Today, we are going to talk about another very important information to understand the plot of the Series, who is Naruto’s Mom ?

Naruto’s mom name was Kushina Uzumaki, a powerful Konoichi of the Hidden Leaf Village and the wife of the Fourth Hokage, Minato Namikaze.

Naruto’s Mom identity has been kept a secret for the most part of the Naruto series for a good reason that we’ll disclose you in the rest of this article.

However, as we already mentioned it in our previous article about Naruto’s Dad, we would like to remember you that this article is may contain spoilers. So if you haven’t binged or read most of Naruto’s episodes and chapters and don’t want to be spoiled, this article may not be suitable for you.

Still there ? Great, let’s have a close look at who’s naruto’s mom !

Who is Naruto’s Mother ? 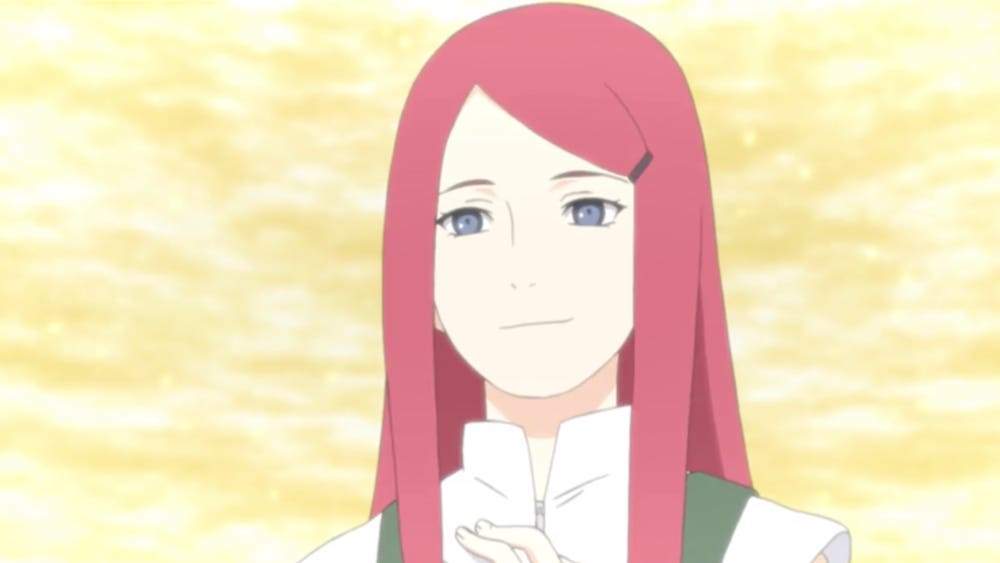 Naruto’s mother name was Kushina Uzumaki, a beautiful Kunoichi from the Hidden Leaf Village and formerly from the Uzumaki Clan. She was also the Jinchuriki of Kyuubi until she tragically passed away alongside her husband.

Naruto’s mother had piercing blue eyes and beautiful long red hair as most of the members of the Uzumaki clan had at the time. She also used to add a specific catchphrase (Da)ttebane (「(だ)ってばね」) at the end of her sentences like her son. 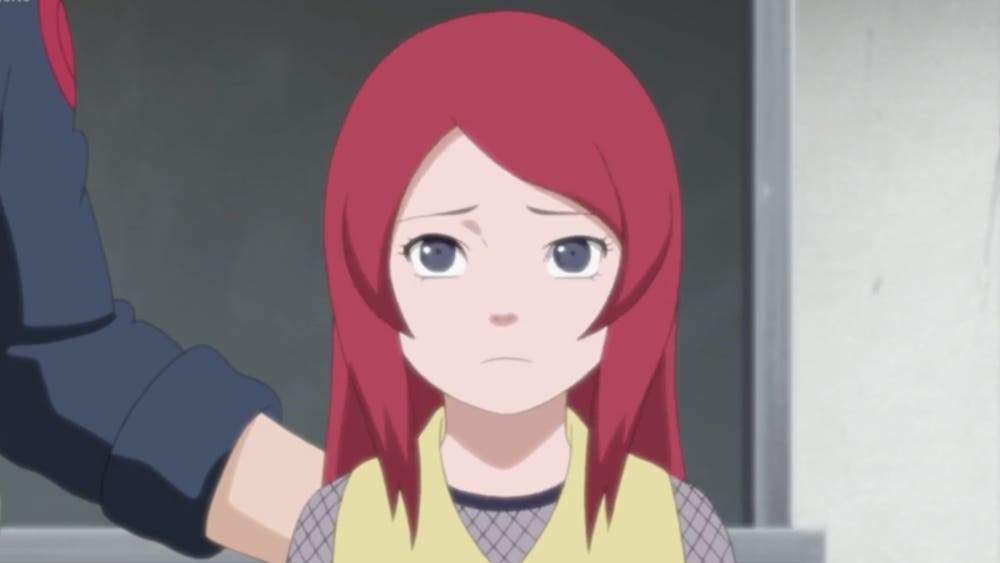 Kushina Childhood wasn’t simple. Being a foreigner made her the Black Sheep of her class and her red hair source of mockery from her comrades who kept calling her “Tomato“. It was also at this time that she first met her future husband, Minato Namikaze. 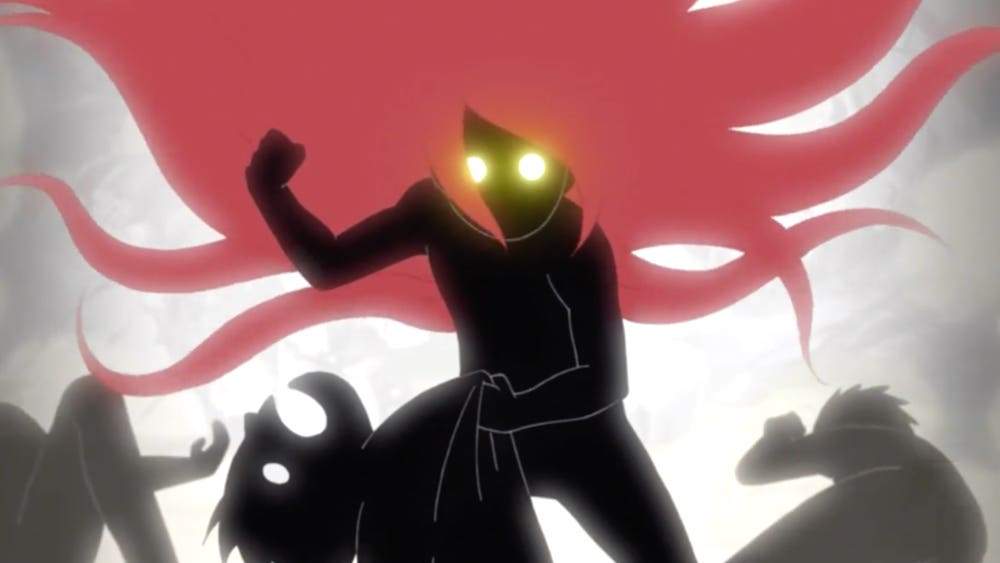 However, don’t think that Kushina was going to be taken in by so few! Kushina Uzumaki was absolutely not a weak woman and her strong temperament pushed her to never let herself be tortured unaccountably to the point of being nicknamed “The Girl with the long red hair who beats the boys half to death”. 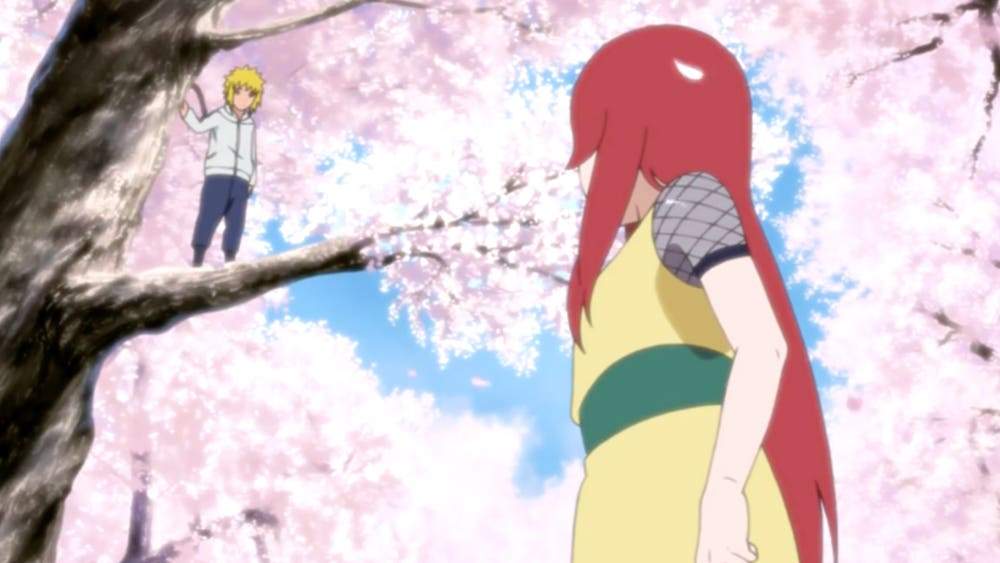 Following another altercation between Kushina and some boys from the Academy, Minato meets Kushina for the first time alone. However, infuriated by the children’s attitude towards her, Kushina reproached Minato for never doing anything when she found herself in these situations and ran away. 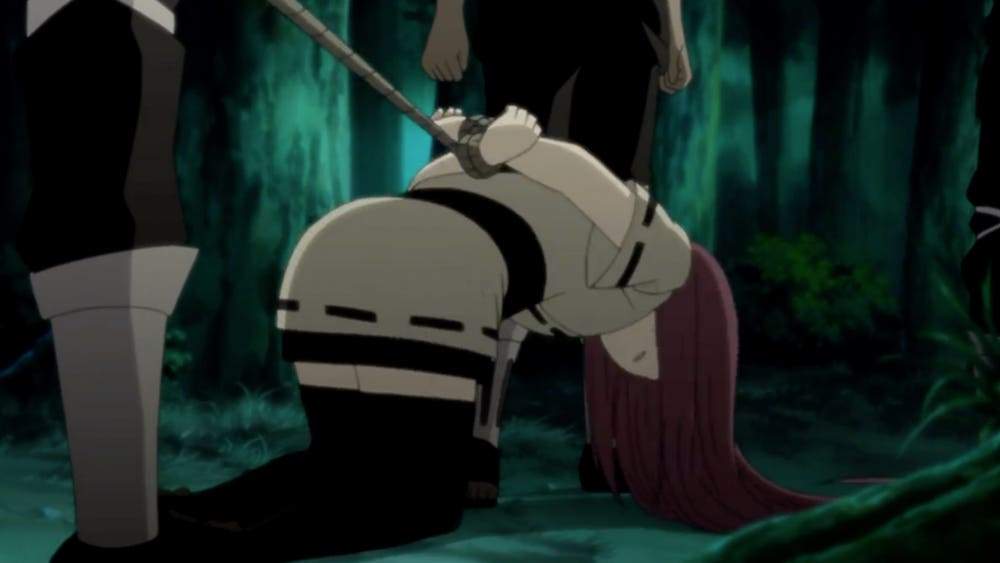 At that time, the power of the Tailed Beasts was a source of covetousness from Hidden Villages in order to increase their supremacy over their neighbors. That’s why Kushina, the new Jinchuriki of the Nine-Tailed Fox, was a target in order to gain access to such power. 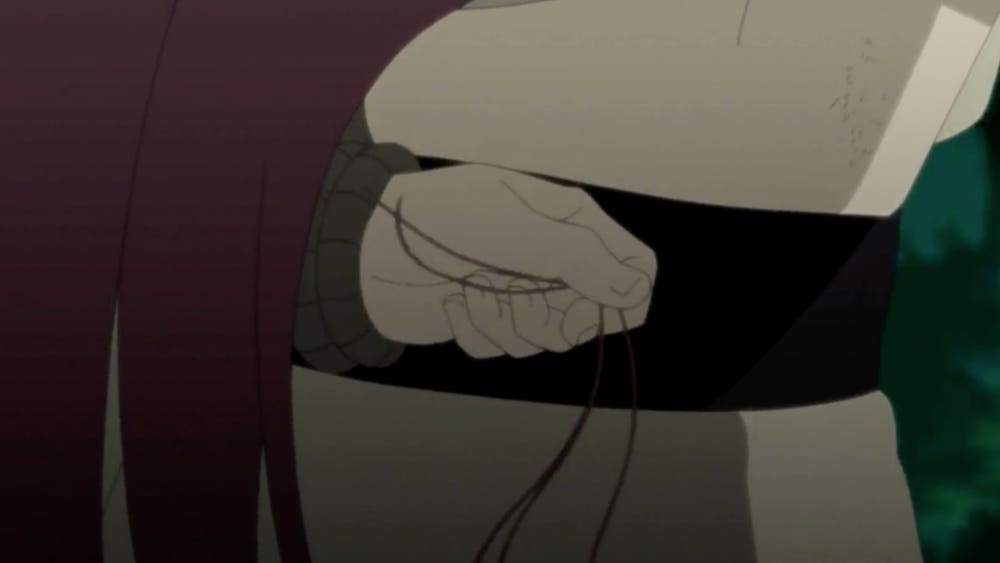 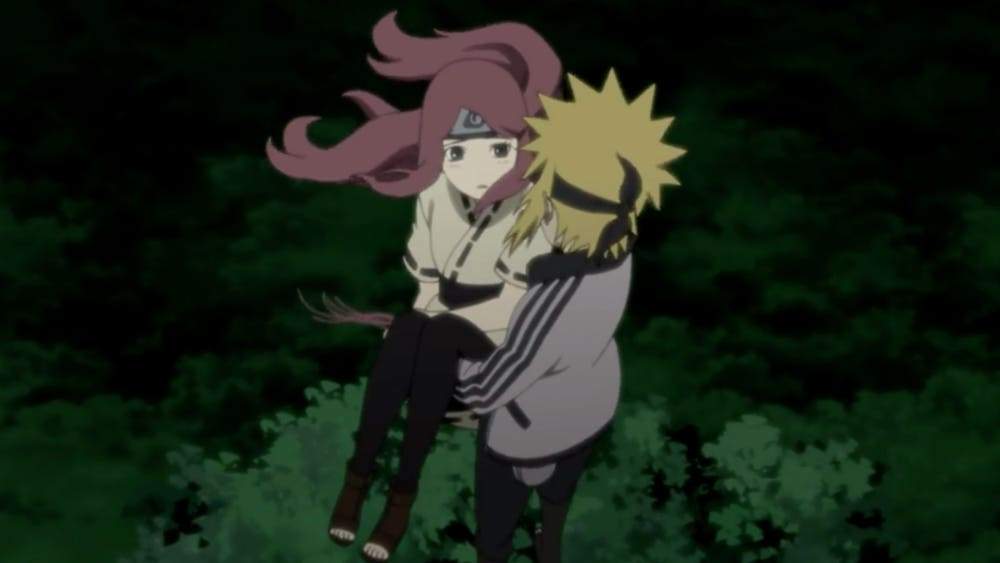 Following this event, they both had a discussion about their feelings for each other during which Minato expressed his admiration for Kushina for never letting himself be fooled by her bullies. and confessed to her how beautiful she was in body and spirit. Her red hair that she despised so much then became the symbol of pride that attracted the man she’s dreaming of. 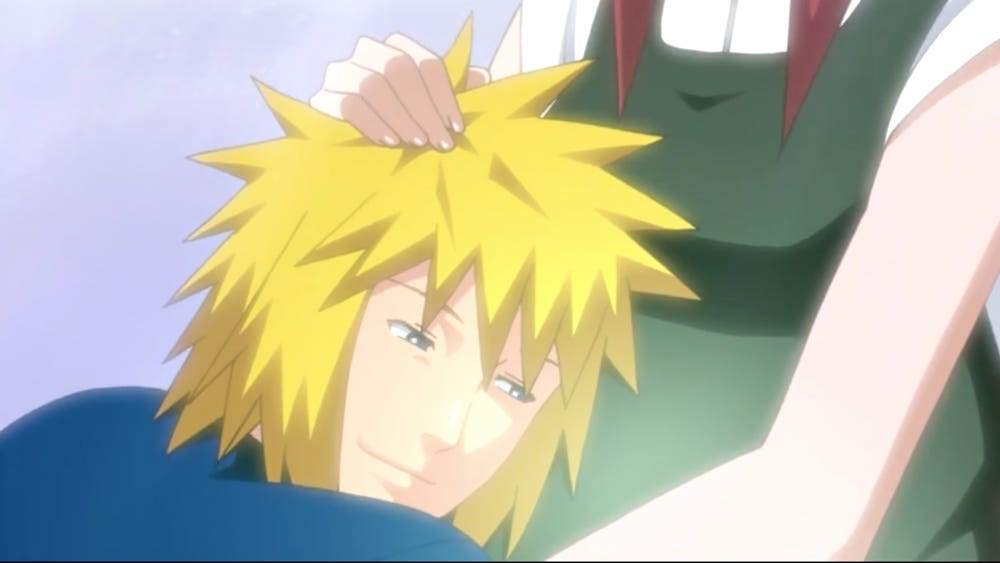 Soon after Minato Namikaze had become the Fourth Hokage of the Leaf, Kushina went to see the doctor and learns that she’s pregnant from a child. 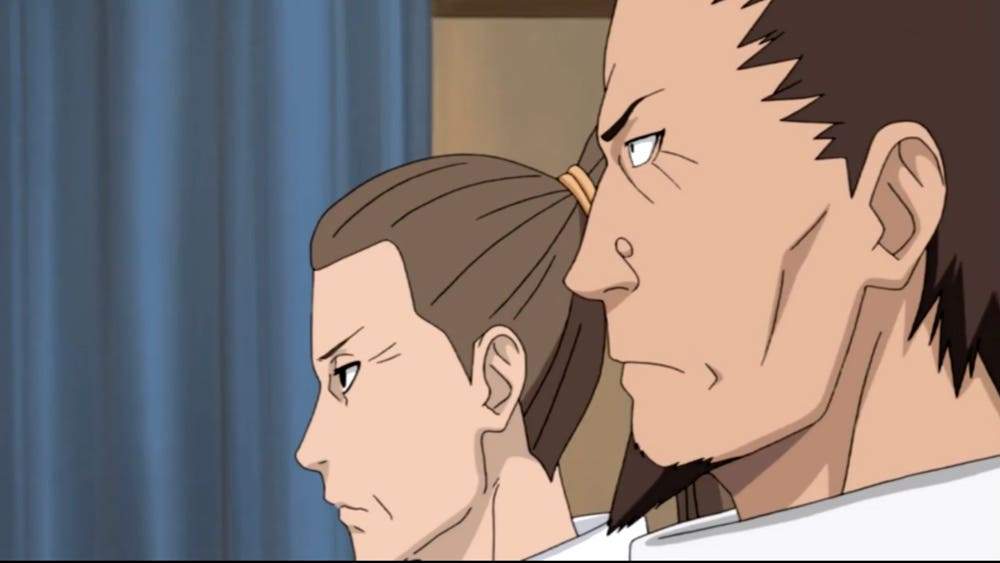 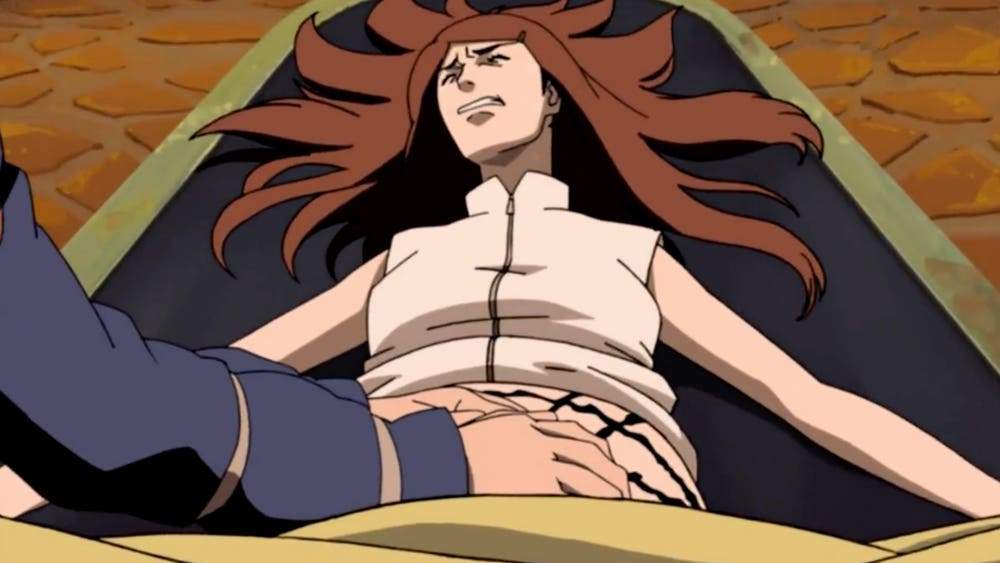 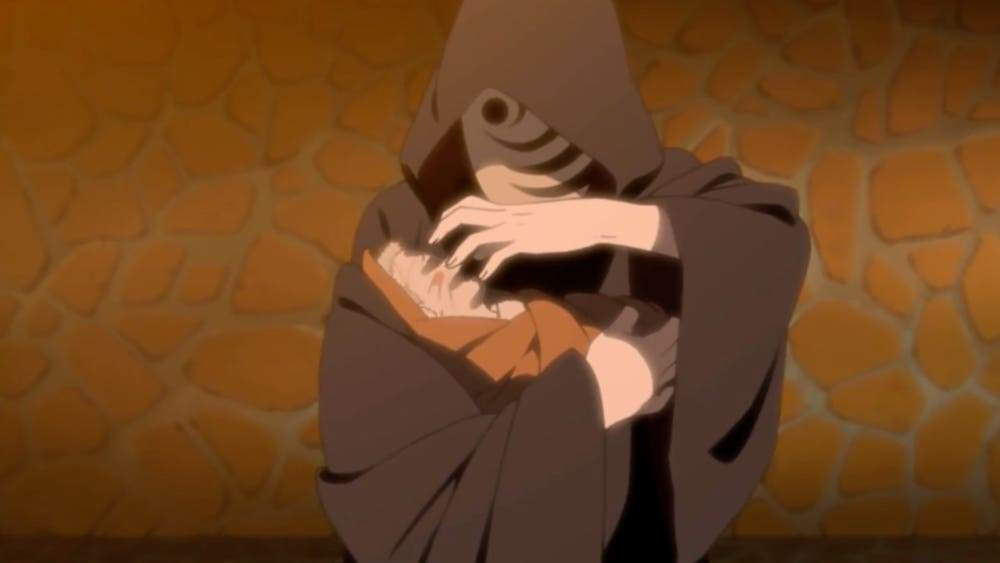 Just when it seemed to be all over, a masked man managed to get inside the delivery room and snatched baby Naruto from Iwako’s hands, killing her and her midwife in the process.

The Masked Man, Tobi, quickly explained that he was there to retrieve Kyuubi from Kushina’s body and used Naruto as a bargaining chip.

Minato eventually recovered his son from the kidnapper’s hands, but was forced to teleport out of the basement to avoid the Paper Bomb explosion that the kidnapper had stuck on the cloth that wrapped Naruto. 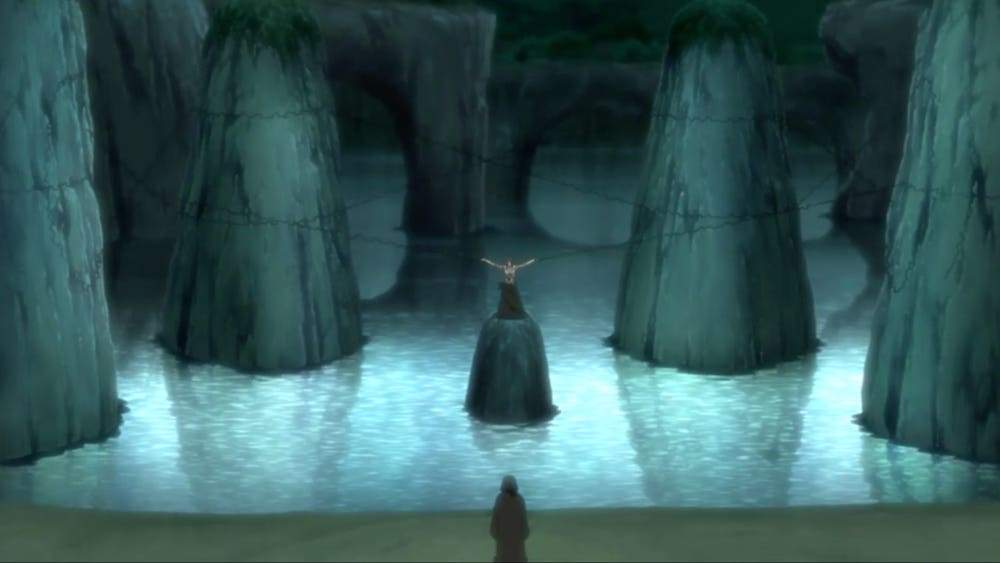 Rid of Minato, Tobi steals the Nine-Tails of Kushina’s body by breaking the Eight Signs Seal without difficulty. He then puts Kyuubi under his control using a powerful Genjutsu thanks to his Sharingan. 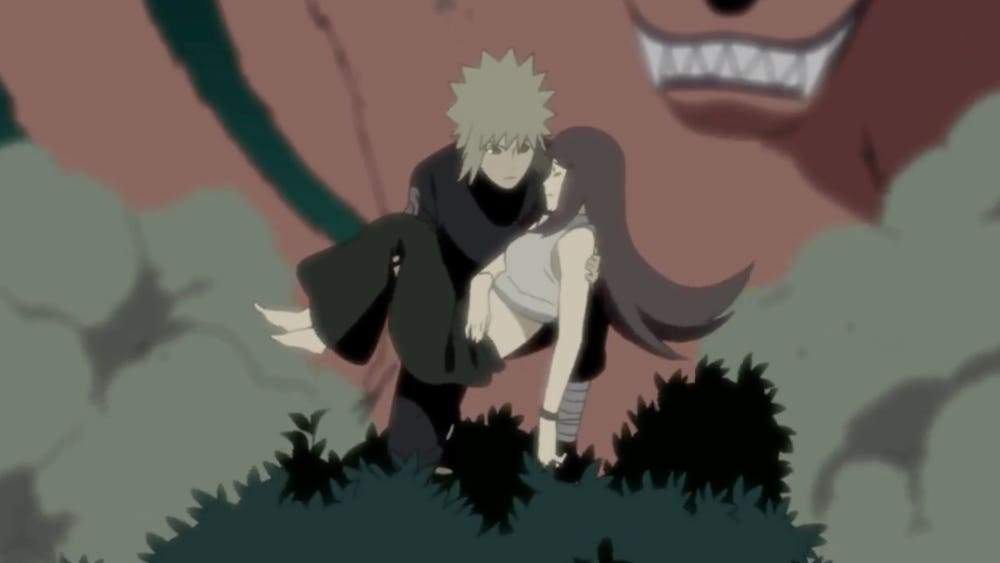 While he had ordered Nine-Tailed Fox to execute Naruto’s mom, the Fourth Hokage manages to arrive in time and Minato saved Kushina from a deadly attack. He then teleports himself back where he had putted Naruto in safety with his wife, letting unfortunately Obito free of focusing on his plan. 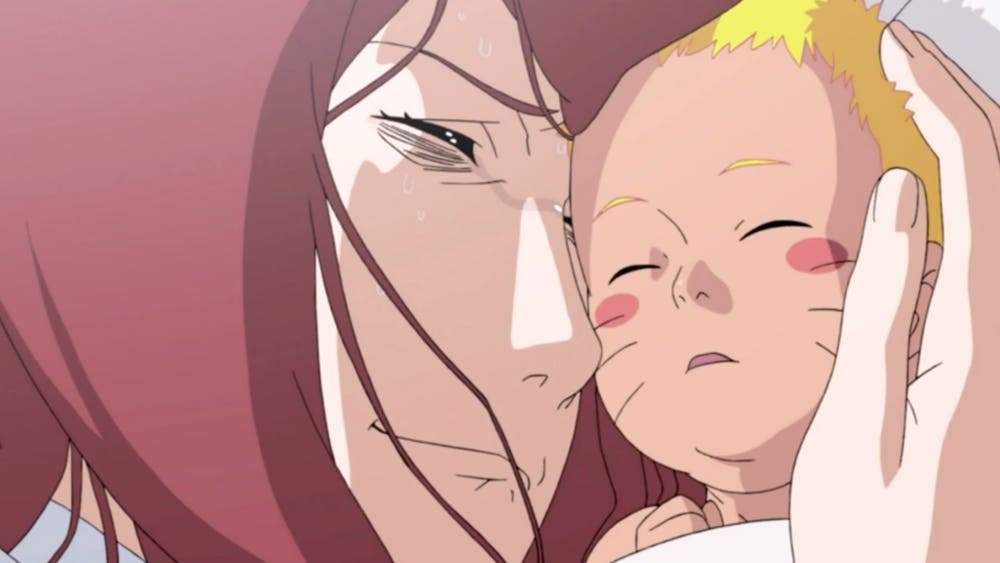 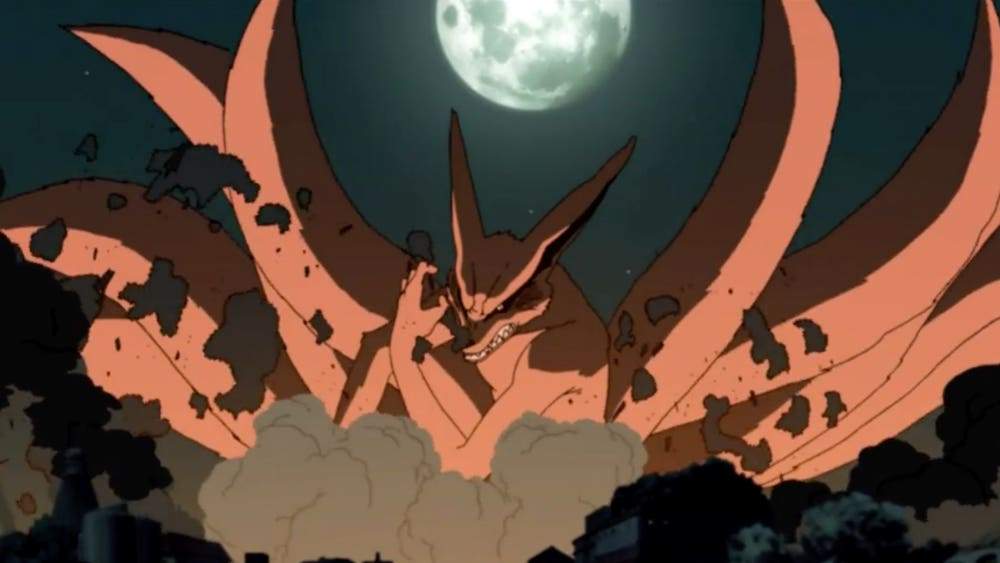 While Minato was taking care of Naruto’s mom and his son, Tobi had the time to get back to Konoha and summoned the Nine-Tailed Demon Fox and ordered him to destroy the Village. 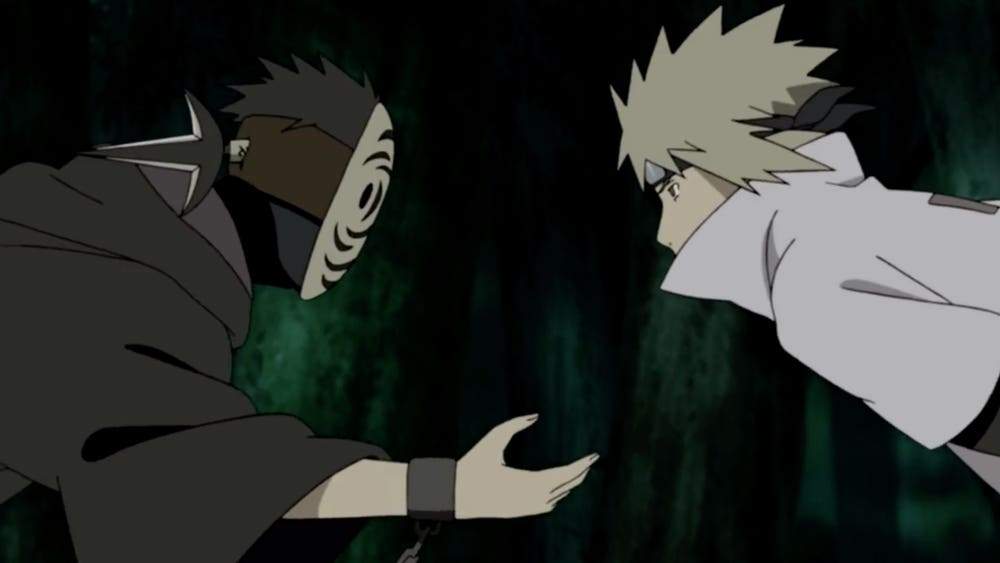 Both fast and efficient, the fight Minato vs Tobi is great and shows us the full extent of Fourth Hokage’s ninja talent. Using his Flying Thunder God Kunai, he managed to lure Tobi on making him expose himself and teleported above him to strike him with a powerful Rasengan while also marking him with a seal.

With Minato sealing jutsu implanted on Tobi’s back, Minato is able to teleport directly to him and used a Contract Seal to remove Nine-Tails from Tobi’s control putting an end to this battle. 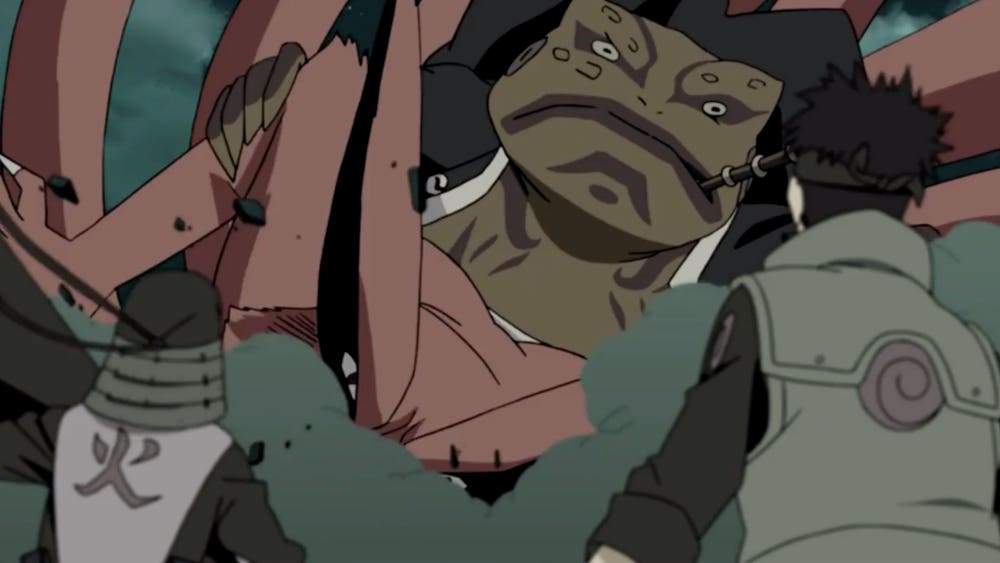 Back to the village, Minato was forced to summon Gamabunta in attempt to stop the enraged Nine-Tailed Fox. But the fight Minato vs Nine-Tails inside the Hidden Leaf was too dangerous and would have resulted in lots of casualties. That’s why Minato still thinking about who the masked man was, managed to teleport Kyuubi outside of the village with a teleportation Jutsu.

What happened to Naruto’s Mom ? 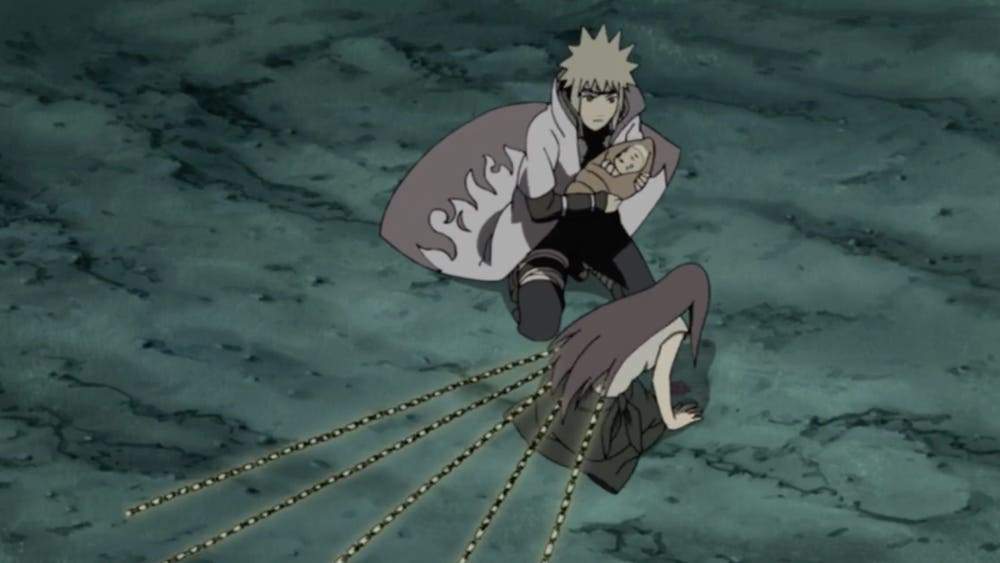 At this point, Naruto’s mom was still with her son at the same spot that Minato had left them. However, bringing the Nine-Tails Fox at the same place as a last resort, forced Minato to quickly recover them before Kyuubi would attack them.

Fortunately for him, Naruto’s mother was still conscious and had still enough Chakra to restrain the Tailed Beast using her Chakra Sealing Chains but only for an instant.

Minato knowing that they couldn’t defeat Kyuubi alone decided to seal half of his power inside himself using the Death reaper seal and the other half inside his newborn child. 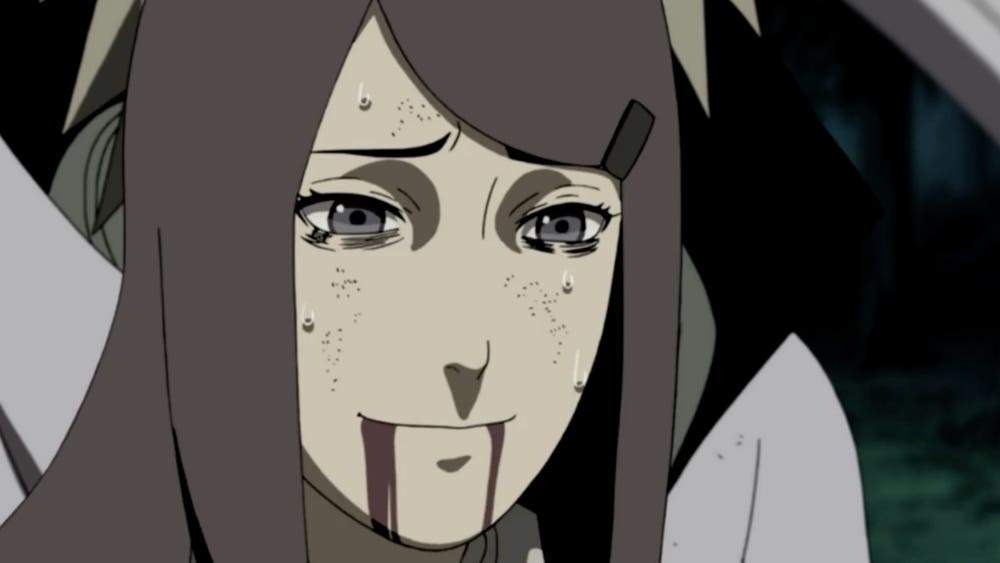 Naruto’s mom death is tragical. To save their newborn child, both Minato and Kushina used their body as shield to stop the claw of Nine-Tails that would have killed Naruto.

Both parents facing death soon, they just had the time to say their last words to their son before that they be forever separated. Kushina’s last words to Naruto were beautiful, so emotional and so full of love that it surely made cry all the Naruto fans that watched this scene.

How did Naruto’s mom die ? 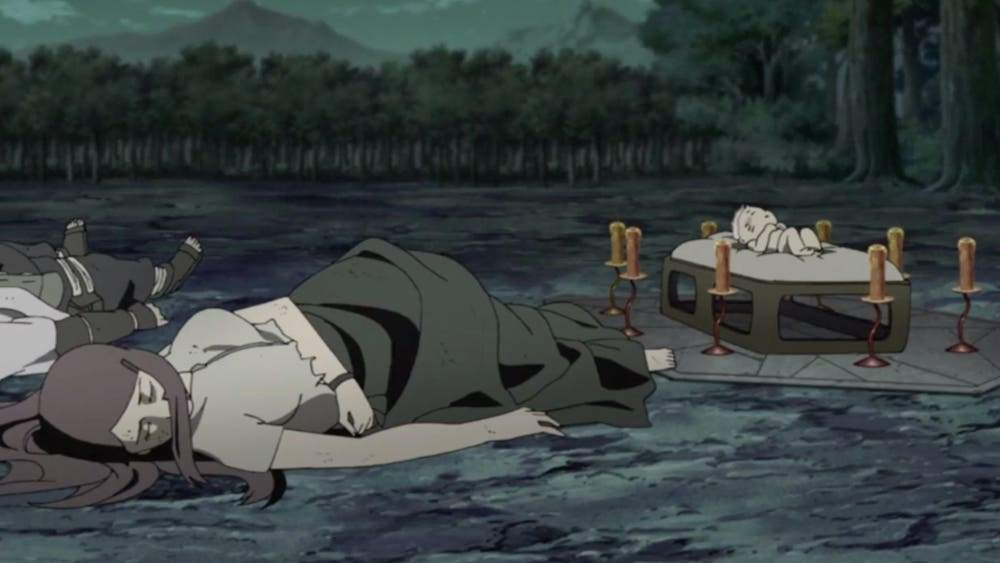 Naruto’s mom died protecting her son from the Nine-Tailed Fox and passed away alongside her husband Minato Namikaze. 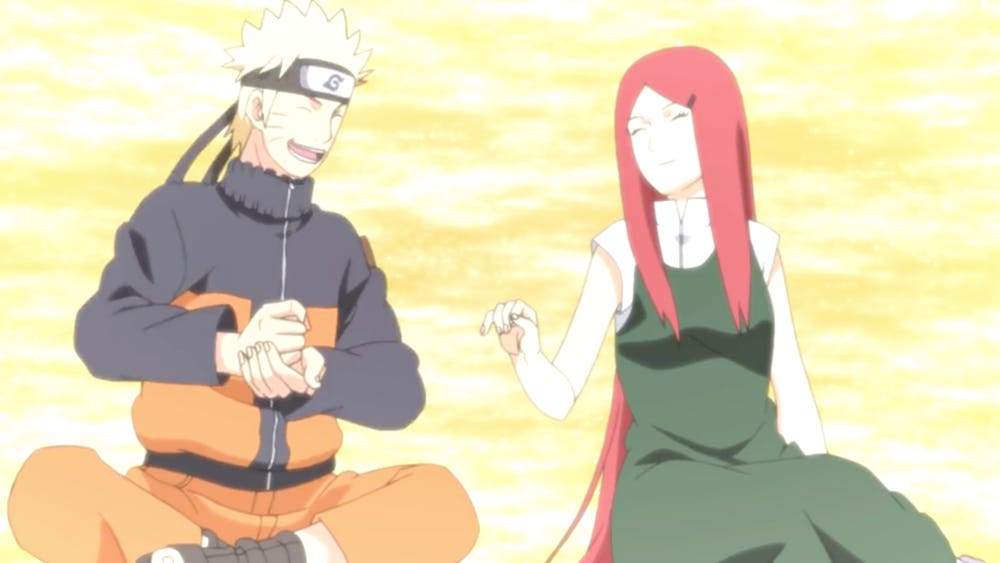 As he was losing control against Nine-Tails, the chakra of Kushina sealed inside Naruto felt that he was in a critical situation and became active allowing her to appear in his son’s subconscious to help him. 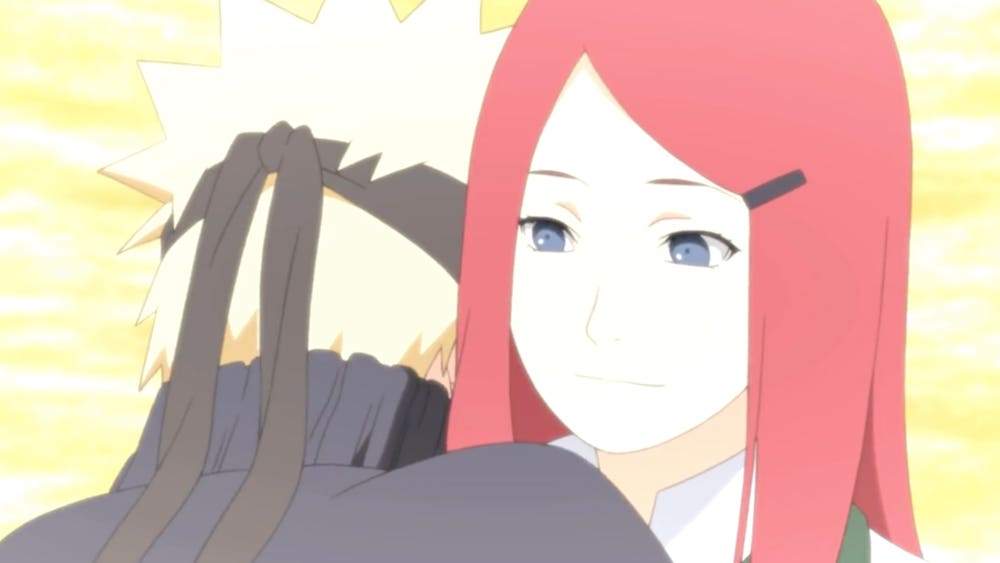 Naruto meets his mom and sees her for the first time in Episode 246 “The Orange Spark” (オレンジ色の輝き, Orenji-iro no Kagayaki) of Naruto Shippuden.