If you’re a real fan of the manga Naruto, it’s therefore impossible for you to never have asked yourself what does Gaara’s tattoo mean. Discovered for the first time during the first Chunin Exam of the Naruto series, Gaara’s tattoo meaning has stayed a mystery for a long time until we discovered the truth in episodes 75 and 76 of the anime Naruto.

If you have watched these episodes about the Fifth Kazekage’s past carefully, you already know that Gaara’s tattoo is in fact the Kanji 愛 (ai) which means “Love” in english. However, the origin of this tattoo is much darker than it seems, that is why today we’re going to leap into the past of Sunagakure to discover what does the symbol on Gaara’s head mean and the terrible story that gave birth to it. 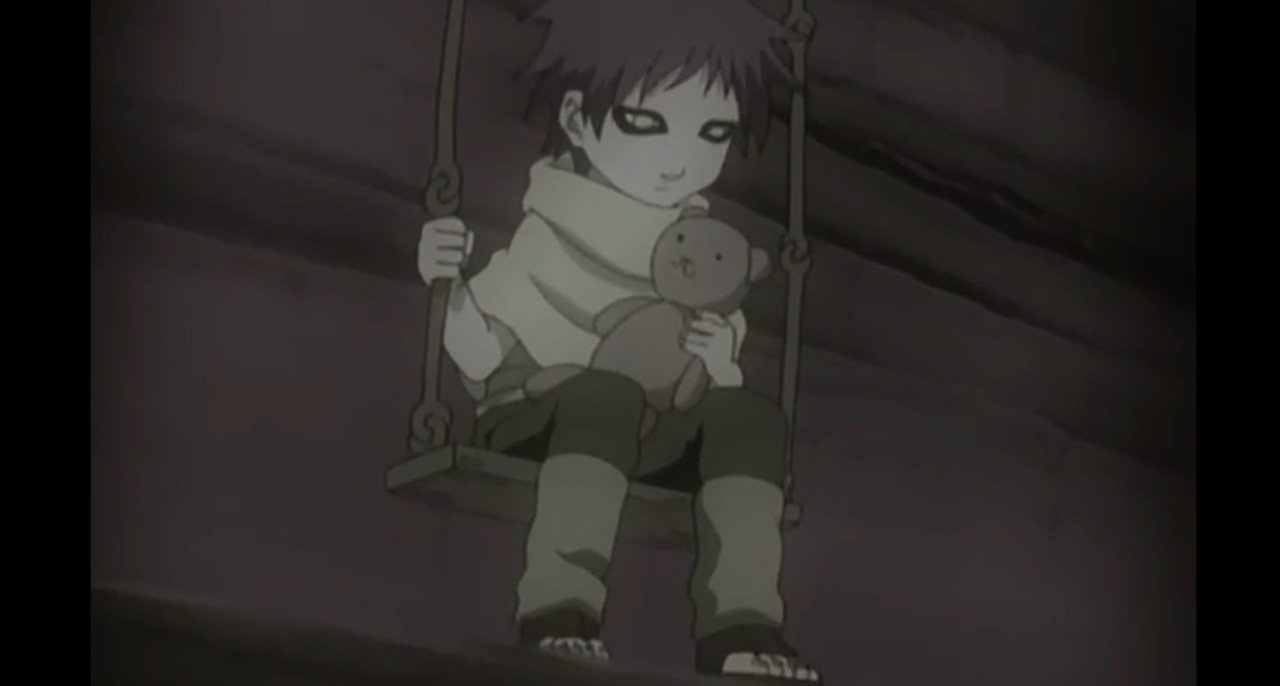 Subaku no Gaara, Gaara of the Sand, is a shinobi born in the Hidden Sand Village (Sunagakure) and is the son of Rasa, the Fourth Kazekage, and a mother named Karura who died during Gaara’s childbirth. He is the 3rd born of his family, the other two being Temari and Kankuro. 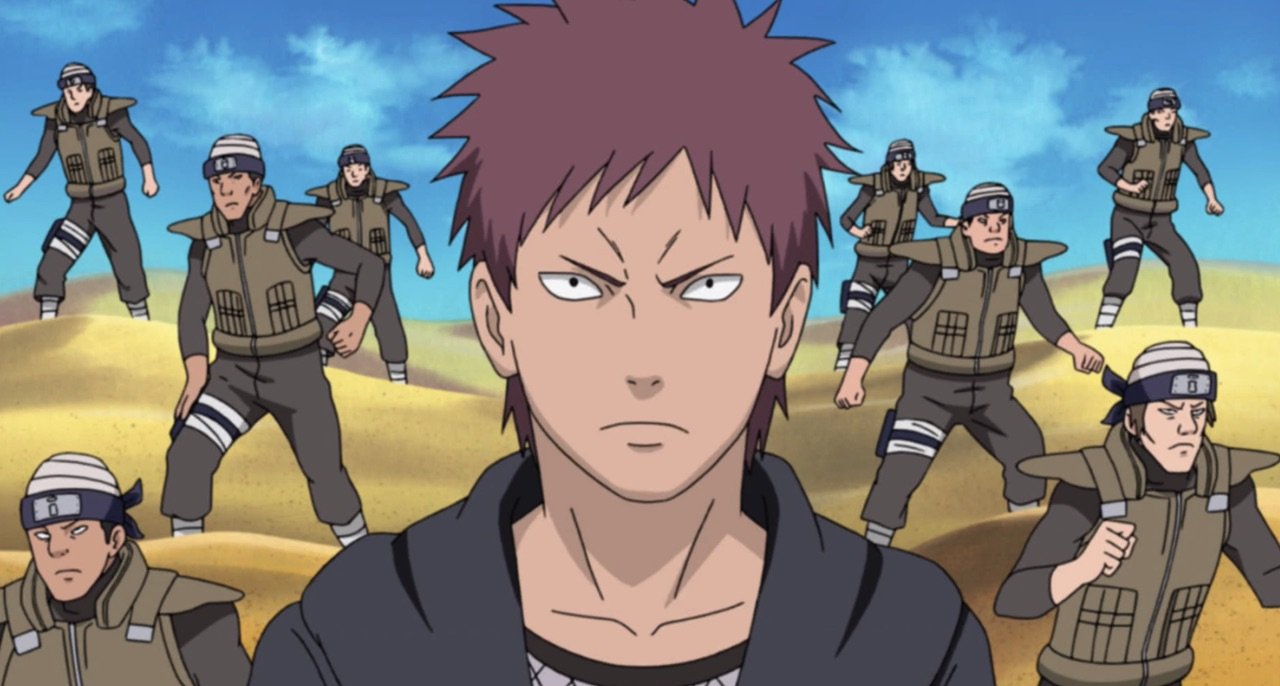 The Hidden Sand Village governed by Gaara’s father at the time was suffering from heavy budget cuts and was therefore in a critical situation. The Fourth Kazekage needed an ultimate weapon to help the village become more independent and decided to create it by trying to own the power of Ichibi, the One-Tailed Beast, at all cost.

However, both his two children, Temari and Kankuro, were not compatible to become Ichibi’s host, so he’s fathered a third child who was given the responsibility to become Shukaku’s Jinchūriki ???? while he was still in his mother’s womb.

Although he knew that the ceremony to seal Shukaku was deadly, Rasa decided to follow up on his quest of power even if it meant to sacrifice his own wife, Karura. ???? 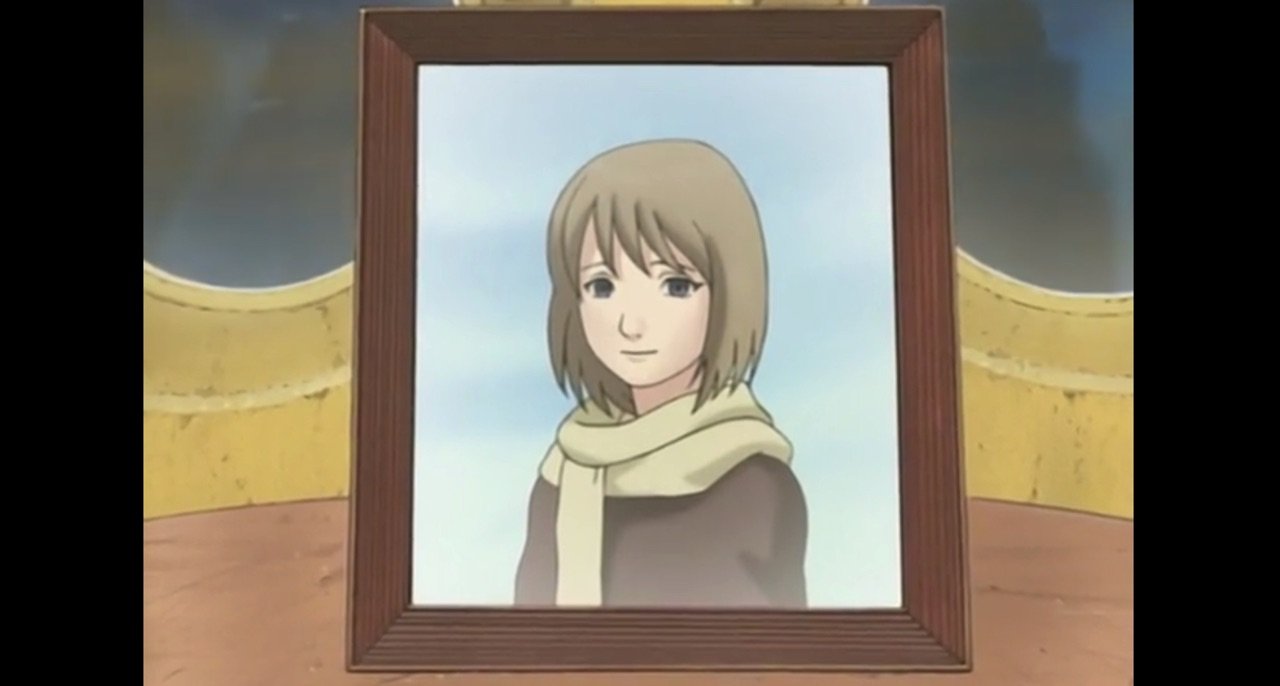 Gaara’s mother was therefore forced to sacrifice herself to give birth to a premature baby against her will. From what we know, it seems that Karura never loved and never wanted Gaara from the beginning and, wishing to take revenge on her husband that condemned her to give birth to a demon, she baptized her son with the name “Gaara” that means “The demon who loves only himself”.

Gaara is raised to control Shukaku’s powers by his father but is completely isolated from the majority of the population and his siblings who truly feared him. His only ties of affection being limited to his maternal uncle, Yashamaru.

But over the years, Gaara, the ultimate weapon so much wanted by the Fourth Kazekage, became psychologically unstable. Indeed, Shukaku insanity made Gaara insomniac ????, and, moreover, he utterly suffered from the hateful and fearful look that the inhabitants of Suna had on him.

Thus, when he was only 6 years old, there was an incident with Gaara and few children. While he was trying to give them their ball back, these children recognized Gaara and fled. Gaara who wanted to stop them, wounded them accidentally, and the children were saved only by Yashamaru‘s intervention.

After this incident, Gaara’s noticed that he had wounded his uncle. Possessing a sand barrier that always protects him from any attack, Gaara had never experienced any injury and physical pain before, so he asked Yashamaru to explain to him what physical pain could look like and if it was the same that the pain that he had in his heart. 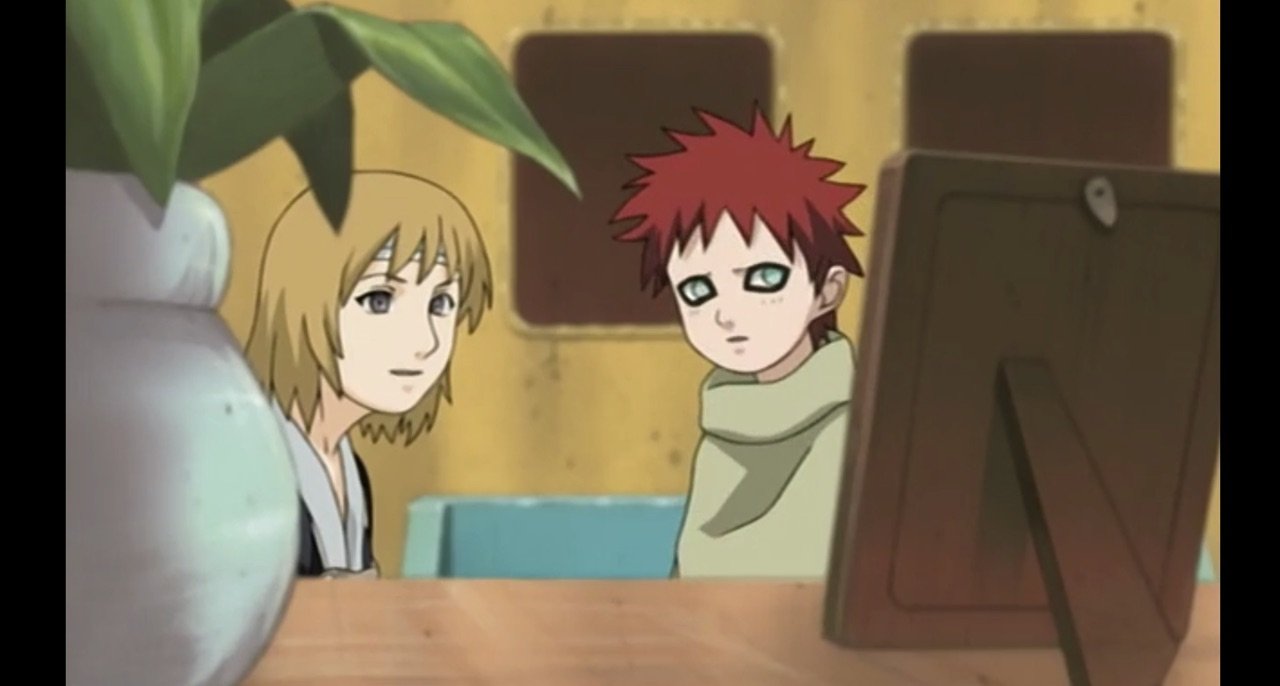 Yashamaru, understanding Gaara’s pain, explained to him that wounds of the heart, unlike physical wounds, could not be cured by medication and were more painful and difficult to treat. He then told Gaara that the only cure for this kind of wound is love. ❤️ But since Gaara didn’t know how to get it, he explained that he had already received it from his mother and that if Shukaku’s sand protected him permanently, it was because he was imbued with maternal love.

Yashamaru also told him that he was dear to him. From then on, even afterward, Gaara often spoke to the sand as he did to his mother. Following Yashamaru’s words, Gaara wanted to make amends by bringing medicine to the children he had hurt. But once again he was rejected and called a monster… 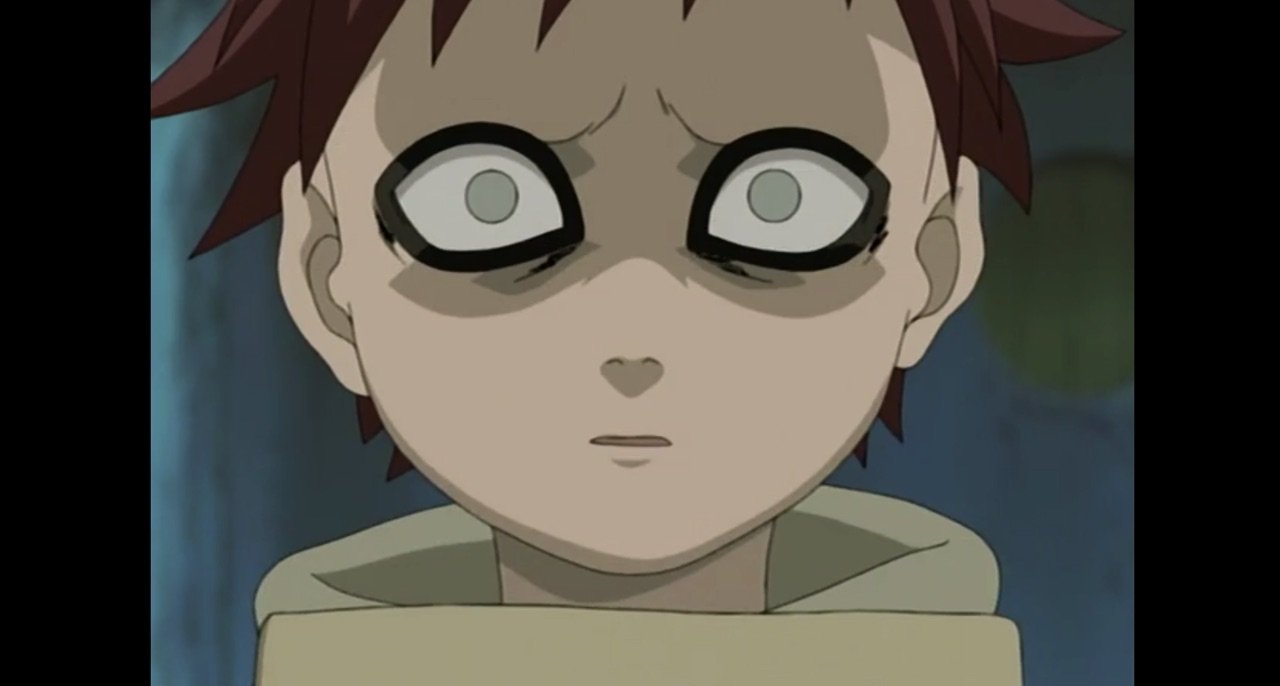 Later, while he was meditating on the roof of his house, Gaara was attacked by an assassin ninja. When he responded to his attacker’s attack and realized that the man he had mortally wounded was his uncle, he concluded that Yashamaru must have acted on the Kazekage’s orders and could not have done otherwise. However, Yashamaru revealed to him that this was not the case, that he had always hated him for taking the life of his precious sister, and also revealed to him the meaning of his name and his mother’s desire for revenge.

WHAT DOES THE MARK ON GAARA’S HEAD MEAN

Distressed and realizing that no one had ever loved or wanted him, Gaara decided to live only for himself, to kill to feel alive, and no longer consider anyone as his family. He then tattooed the mark “愛” meaning “love” in English on his forehead to live up to the meaning of his name, as a “demon loving only himself”.

After Yashamaru’s death, although he had no feelings for them, Gaara continued his training with his brother and sister, Kankuro and Temari, under the watchful eye of Baki. The village and the Fourth Kazekage, despite Gaara’s instability, continued to exploit him as a weapon. 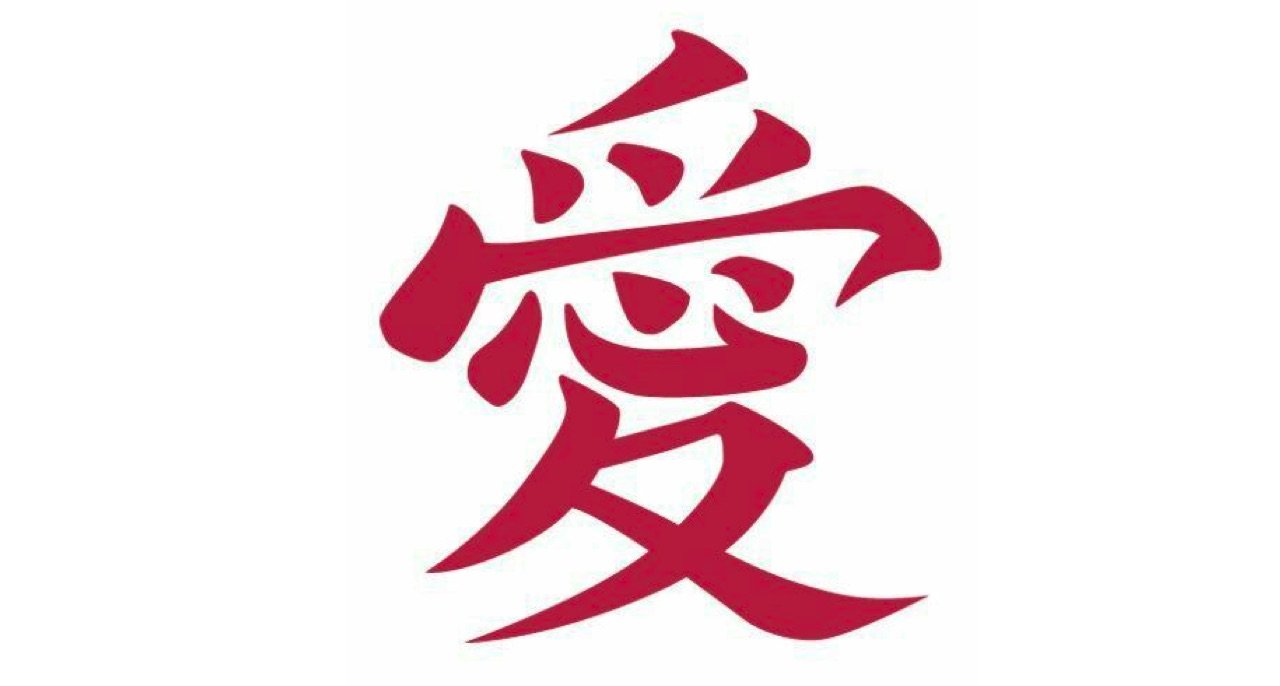 You must have figured out after finding out more about Gaara’s past that the existence of the Gaara symbol is the materialization of all the suffering and pain that Gaara has undergone throughout his childhood.

WHAT DOES THE SYMBOL ON GAARA’S HEAD MEAN

As explained above, the Gaara symbol is the Japanese Kanji 愛 which means literally “love” in English. Hated and feared by his family, his peers and all the inhabitants of Suna Village, Gaara never had and felt loved in his entire childhood in the Hidden Sand Village. The only alternative that he had to not go insane was to reject his humanity and become the cold and dreaded ninja he was during the 1st season of the manga Naruto.

Rejected too by all the people of his own village because he was the host of Nine-Tails who destroyed the Hidden Leaf in the past, Naruto knows only too well that feeling of hatred and anger. That’s why at the end of the episode Naruto vs Gaara that Naruto offers his friendship to his opponent and proves to him that he is not alone.

“It’s almost unbearable isn’t it…?
The pain of being all alone
I know that feeling
I’ve been there… In that dark and lonely place.

But now there are others, other people who mean a lot to me
I care more about them than I do myself, and
I won’t let anyone hurt them.
That’s why I’ll never give up, I will stop you,
even if I have to kill you!

“but why… why would you do this for somebody else?”

They save me from myself
They rescued me from loneliness.
They were the first to accept me as who I
am.
They’re my friends.”

Today, thanks to Naruto, Gaara is an accomplished shinobi. He became the youngest Kage in history by becoming Suna’s Fifth Kazekage after his father and totally changed the way his village functioned for the better. He lives in harmony with his siblings and even got married and had children that he is raising while holding his position as leader of Sunagakure.

Thanks to his words, Naruto managed to change Gaara’s mentality and pushed him to change his destiny, the one where he would have continued to kill for pleasure instead of bringing the best into the world. We can then confirm that Naruto’s words saved Gaara.

Gaara’s story is one of the saddest in the manga Naruto, but also one of the most instructive about the consequences that our actions can have on the lives of other people. And we can only thank Masashi Kishimoto again infinitely for offering us so much quality in his work!