Welcome back young Ninja ! After learning previously how old is Kakashi in our previous article, today we’re going to talk about something that even the most die-hard fans of Naruto don’t always know, how old is Naruto ?

Naruto is currently 33 years old and offices as the Seventh Hokage of the Hidden Leaf alongside his counselor, Shikamaru Nara.

But we most not forget that the mangas Naruto, Naruto Shippuden and Boruto take place in different timeline from the beginning of Naruto at the Ninja Academy until the realization of his dream, to become the Hokage of the Hidden Leaf Village.

So in this article, we are going to reveal you Naruto’s age in every part of the different timeline. Sounds good ? Great so let’s see together how old is Naruto Uzumaki. 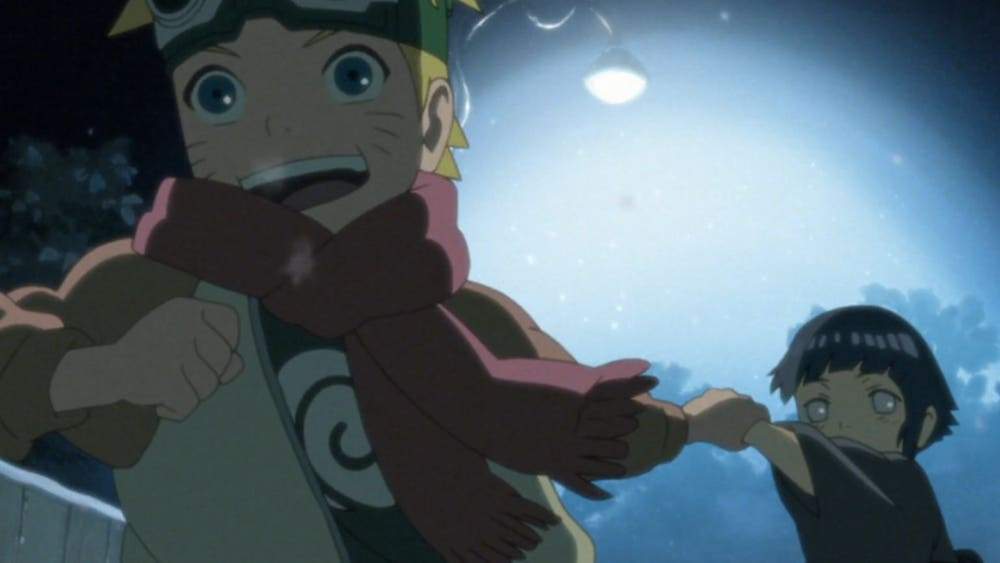 At the beginning of the manga Naruto, Naruto is around 11 years old when he enters at the Ninja Academy where he met his first friends Iruka Sensei, Shikamaru, Kiba Inozuka and Choji Akimichi.

Naruto is the Jinchūriki of Kyuubi, the Nine Tailed Beast that almost destroyed the Hidden Leaf Village. Living with the cause of so much pain sealed inside him brought the inhabitants of Konoha Village to avoid Naruto as much as possible and teaching young children to do the same.

Naruto being an orphan living alone, he started doing silly things to attract people’s attention to him to break his loneliness.

How old is Naruto in Naruto ? 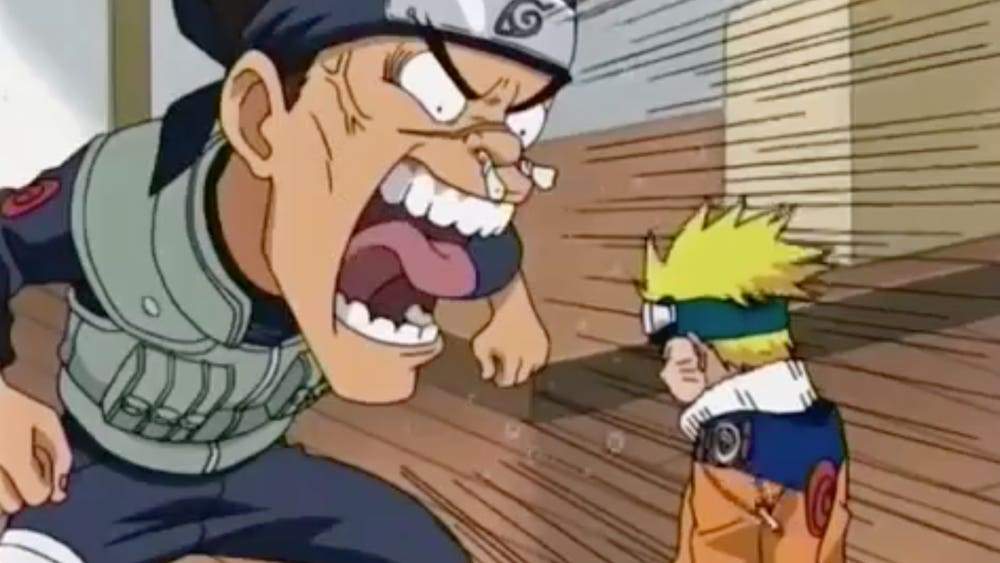 The Manga Naruto takes place from the Beginning of the story and will tell us the adventures of the young Naruto Uzumaki during 1 year until his departure with his “uncle” and master Jiraiya at the end of the series.

Knowing that this first edition of Naruto’s adventures lasted 1 year, we can therefore affirm that, in the Manga Naruto, Naruto age is around 11 years up to 12 years old.

How old is Naruto in Shippuden ? 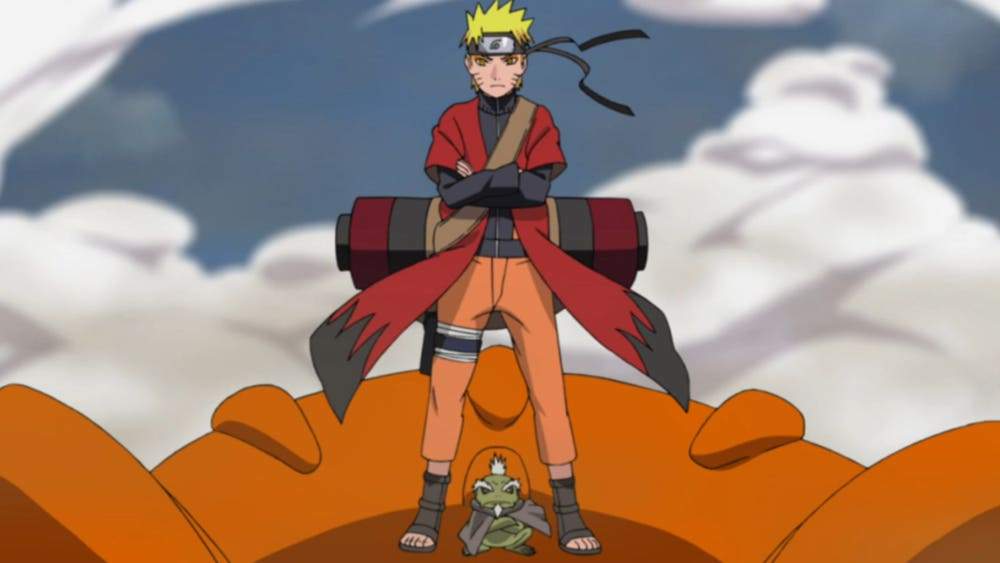 Back from his journey with Jiraiya which lasted almost two and a half years, Naruto returns to the Hidden Leaf Village a different man, more mature, and still determined to bring back Sasuke to the Village (of course).

Therefore, at the beginning of Naruto Shippuden, we can imagine that Naruto age is around 14 to 15 years old when the manga begins.

During this period, Naruto will join his former Team 7 with Kakashi Hatake and Sakura Haruno who are requisitioned by Senju Tsunade to help Suna Village which saw its leader, Gaara of the Sand, being kidnapped by one of the members of the mysterious Akatsuki organization.

Then, they will find the trace of Sasuke and will lead a rescue mission in one of the Orochimaru lair. However, Sasuke who had just killed Orochimaru without any difficulty decided not to return to the village and violently pushed away his former comrades.

The manga continues with the different confrontations of the main characters with the members of the Akatsuki until the famous Sasuke vs Itachi fight during episodes 134 to 143.

The plot then gives way to the Pain Arc which will lead to the death of many characters much appreciated by the fans and to the discovery of the famous character behind the mysterious Akatsuki Pain. 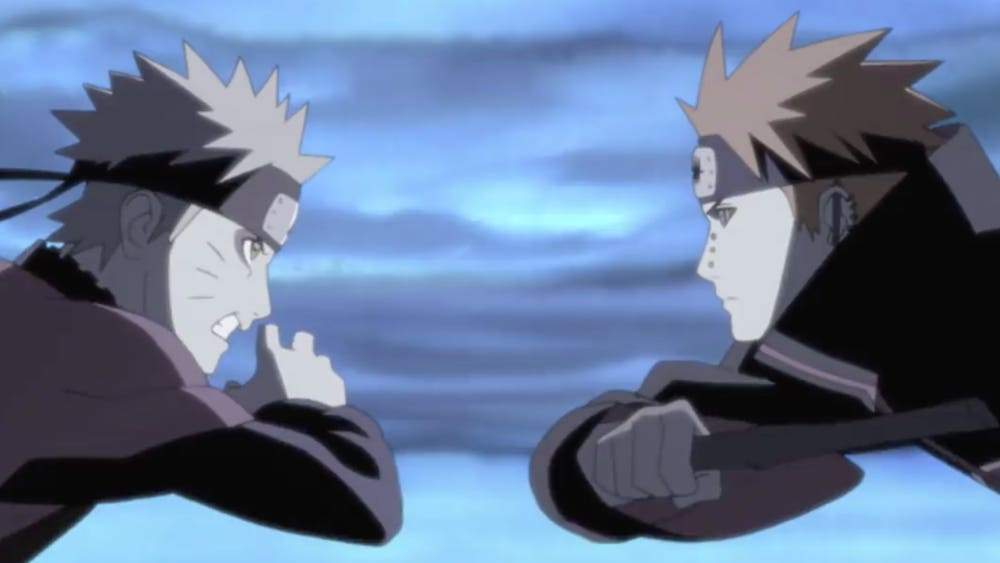 Sasuke, who will have discovered the truth behind the actions of his big brother during this period, will decide to confront the chiefs of each village at the Hokage Sumit where we will discover the colossal plan that the mysterious Tobi was preparing in the shadows.

The last part of the manga Naruto Shippuden will set place to the deadly fourth Shinobi War during which we will discover even more about the identity of many characters, who was really behind the Eye of the Moon Plan (Project Tsuki no Me). The end of the manga closes with the last confrontation between Naruto and Sasuke to find out who will become the Hokage of Konoha Village.

Finally, given that all these events happened over a period of about 1 year, we can conclude that Naruto age is around 17 years old at the end of Naruto Shippuden.

How old is Naruto in Naruto the Last ? 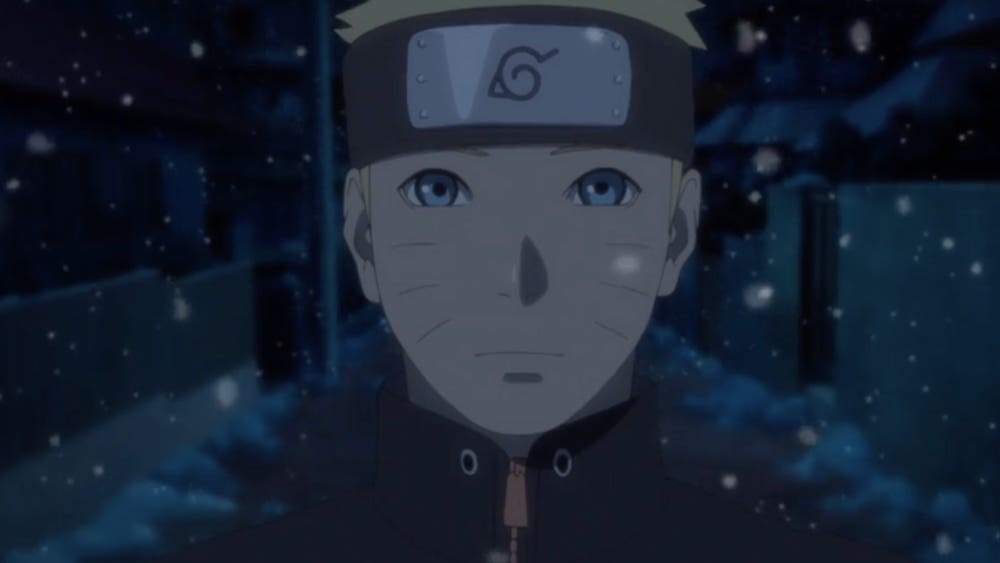 The plot of the movie “The Last: Naruto the Movie” takes place two years after the events of the 4th Great Ninja War. Therefore, we can say that Naruto is 19 years old in Naruto the Last.

This movie portrays a very interesting scenario where we learn that a winter festival is organized in Konoha and that Hinata wants to offer a red scarf she knitted to Naruto.

However, Toneri Otsutsuki, a blind descendant of Hamura, the brother of the Sage of Six Paths, arrives from the Moon and tries to kidnap Hinata and marry her; failing, he captures his little sister, Hanabi, instead.

In revenge against the ninjas, who use the chakra for warfare, Toneri begins to bring the Moon down to the Ninja World to destroy its inhabitants. The Moon gradually disintegrates, creating devastating meteorites against which the five kage deploy all their power to prevent the destruction of their respective villages.

How old is Naruto when he maries Hinata ? 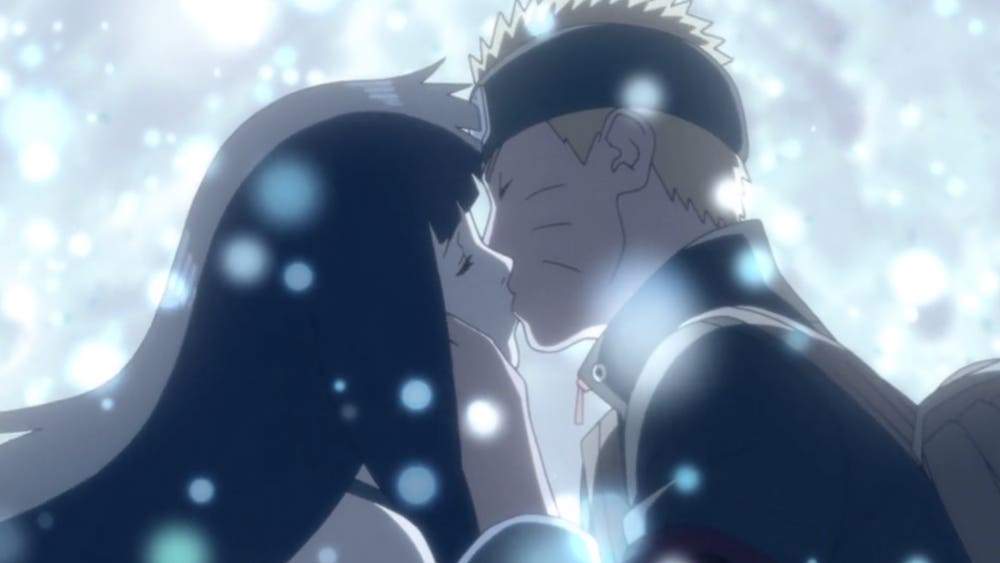 At the end of the movie “The Last: Naruto the Movie”, Naruto declares his flame to Hinata, and they exchange a kiss under the Moon.Afterwards, during the end credits, several images and scenes from the future show Naruto and Hinata’s wedding in the presence of their comrades.

Therefore, we can conclude that Naruto must have been 20 years old when he married Hinata.

How old is Naruto when he becomes Hokage ? 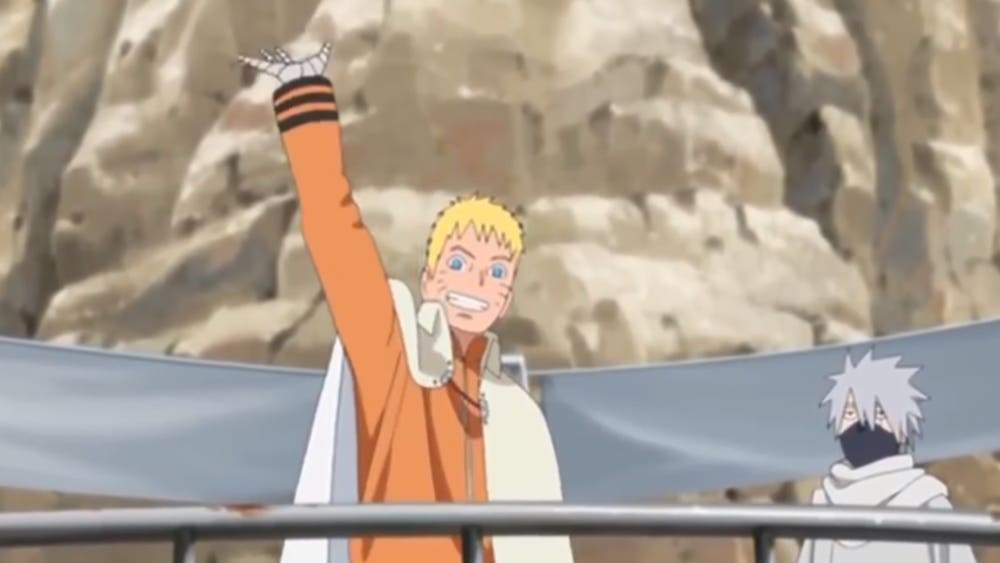 5 years after his marriage with Hinata, Kakashi Sensei finally leaves his place of Hokage of the Hidden Leaf to his student and hero of a whole generation of ninjas and fans, Naruto Uzumaki.

As a result, we can estimate that Naruto must have been 25 years old when he became Hokage.

How old is Naruto in Boruto ? 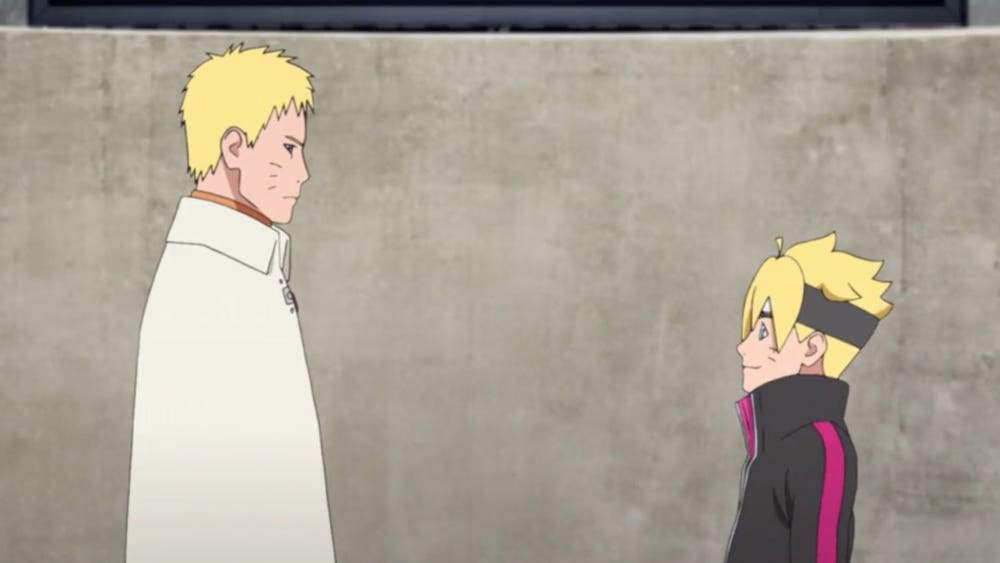 The events of Boruto: Naruto Next Generations take place about 16 years after the end of the 4th shinobi war and about 7 years after Naruto became Hokage.

With these estimates, we can more or less conclude that Naruto is 32-33 years old in the anime Boruto.

Boruto: Naruto Next Generations is the sequel to the manga Naruto Shippuden where we follow this time the adventures of Naruto Uzumaki and Hinata Hyûga’s son, Boruto Uzumaki.

Since his father became Hokage and holds the highest office in Konoha village, Boruto lives in his father’s shadow. Always seeking to attract his attention, he has made a firm resolution to surpass him.

But the life of the high-flying ninja is punctuated by complex missions and rigorous training, and he will learn the hard way that becoming the best ninja is not an easy task. 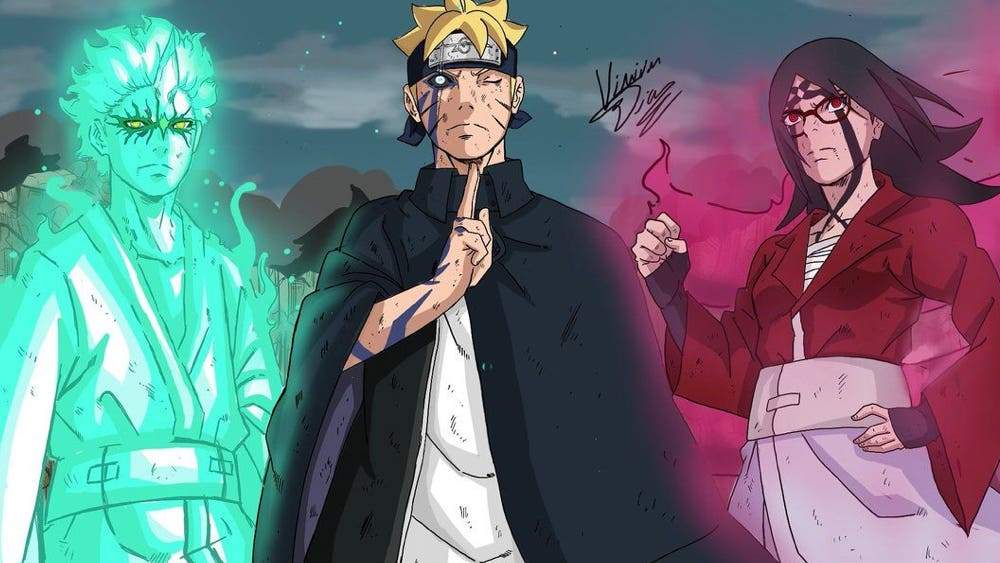 In company of Sarada Uchiha, the daughter of Sasuke Uchiha and Sakura Haruno and Mitsuki the son of Orochimaru, Boruto will discover the universe of the ninjas, as well as its foundations.

How old is Naruto when he dies ?

For those who might be concerned about Naruto well being, don’t worry, Naruto isn’t dead but may have been suffered a Fate Worse Than Death in the Boruto Manga when he was 33 years old.

Naruto and Sasuke were fighting together the terrible Isshiki in the villain’s hidden dimension. Unfortunately, the situation was being too critical and Sasuke had to teleport himself out using his Rinnegan, leaving Naruto being pinned down with Isshiki’s chakra-draining rods.

Fortunately, Jigen (Isshiki) was out of chakra at this moment and wasn’t able to kill Naruto, so instead of murdering him, he decided to seal him instead for the moment. Because of that, Naruto survived just long enough to be rescued by Boruto, Kawaki, Sarada, and Mitsuki.

How old is Naruto now ?

As the manga Boruto is still running, we can know for sure that Naruto is currently 33 years old now in 2020.

And this is already the end it for this article. You now know more precisely the official chronology of Naruto Age ! We will keep this article updated as the manga Boruto keeps running so that you always have accurate information at any time !