Many fans around the world are still wondering about the real circumstances of the Fourth Hokage’s death.

Occurred just before the beginning of the story of the manga Naruto, Minato died in episode 249 of Naruto Shippuden while protecting his son and the village from Nine-Tails’ attack.

However, although Minato’s Death is one of the most horrible death scenes to watch, it still remains one of the most interesting event to analyze as it will trigger all the different aspects of the future of Naruto which we will detail in the rest of this article. So let’s see together how did Minato die!

Kushina, Minato’s wife, is pregnant with Naruto and is about to give birth in episode 247 of Naruto Shippuden. Being the Jinchuriki of Kyuubi, the village of Konoha has to take important precautions to prepare for this act. Indeed, the Tailed Beasts are locked inside the Jinchurikis with Sealing style techniques in order to protect the hosts from the power of the beasts inside their bodies. However, these tend to lose their power and be at their weakest during childbirth, that’s why it is clearly a very sensitive period to deal with. 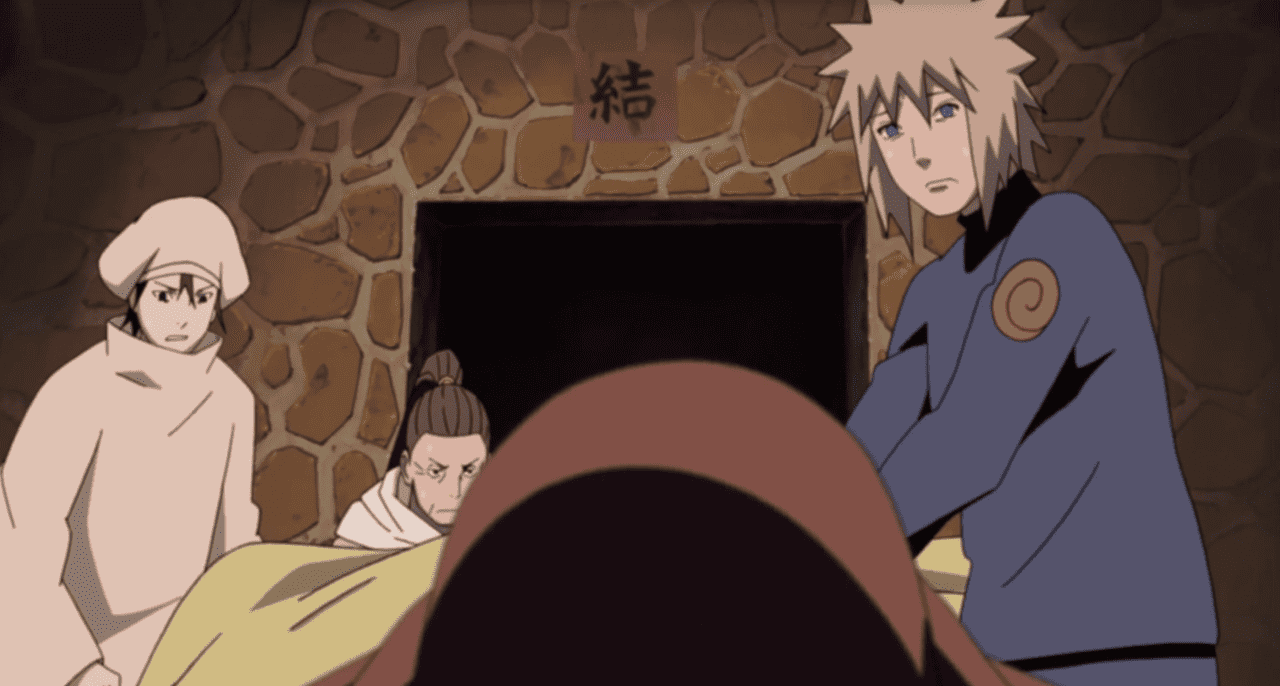 Gotten rid of the Yellow Flash, Tobi takes advantage of the Jinchuriki’s seal being weakened to free Nine Tails from Kushina’s body. He then succeeds in controlling the giant beast thanks to the power of his Sharingan.

After having ensured the safety of his son, Minato comes back to the battlefield and saves his wife who was about to be killed by Kurama under the influence of Tobi. Learning that Tobi’s objective was to destroy the Hidden Leaf with Nine Tails, Minato takes Kushina home to Naruto and prepares himself mentally for the upcoming fight while he gets his famous Hokage Cloak. 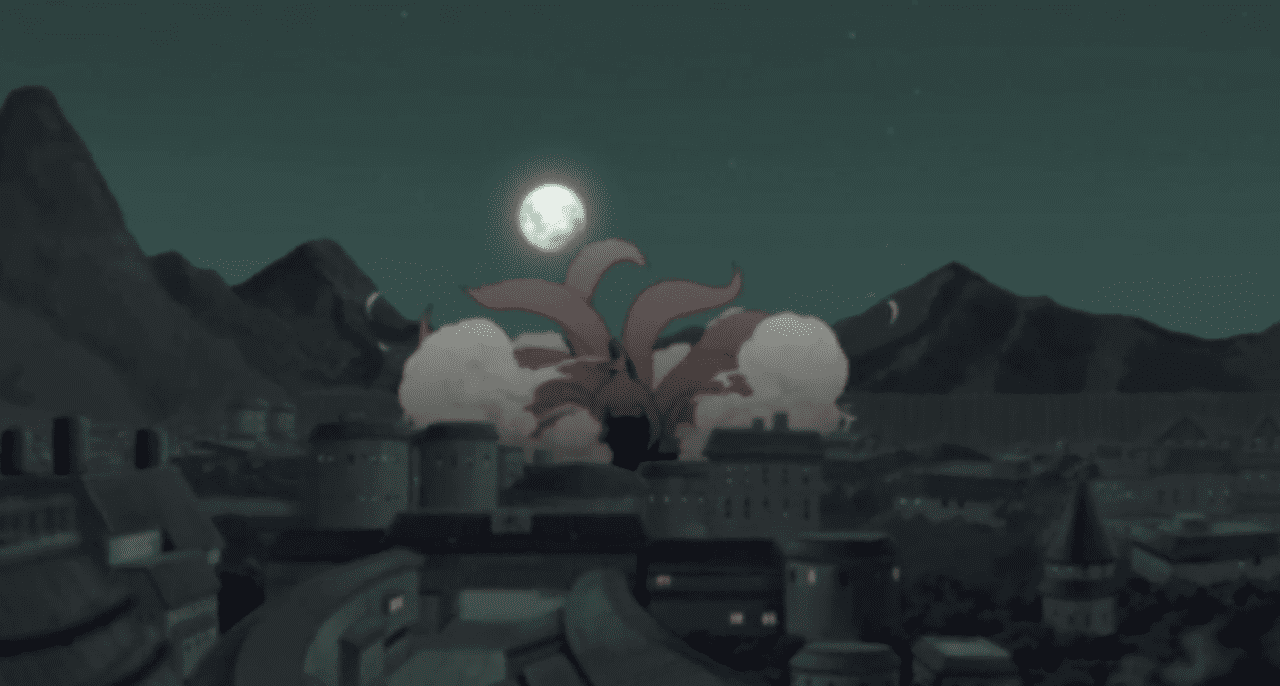 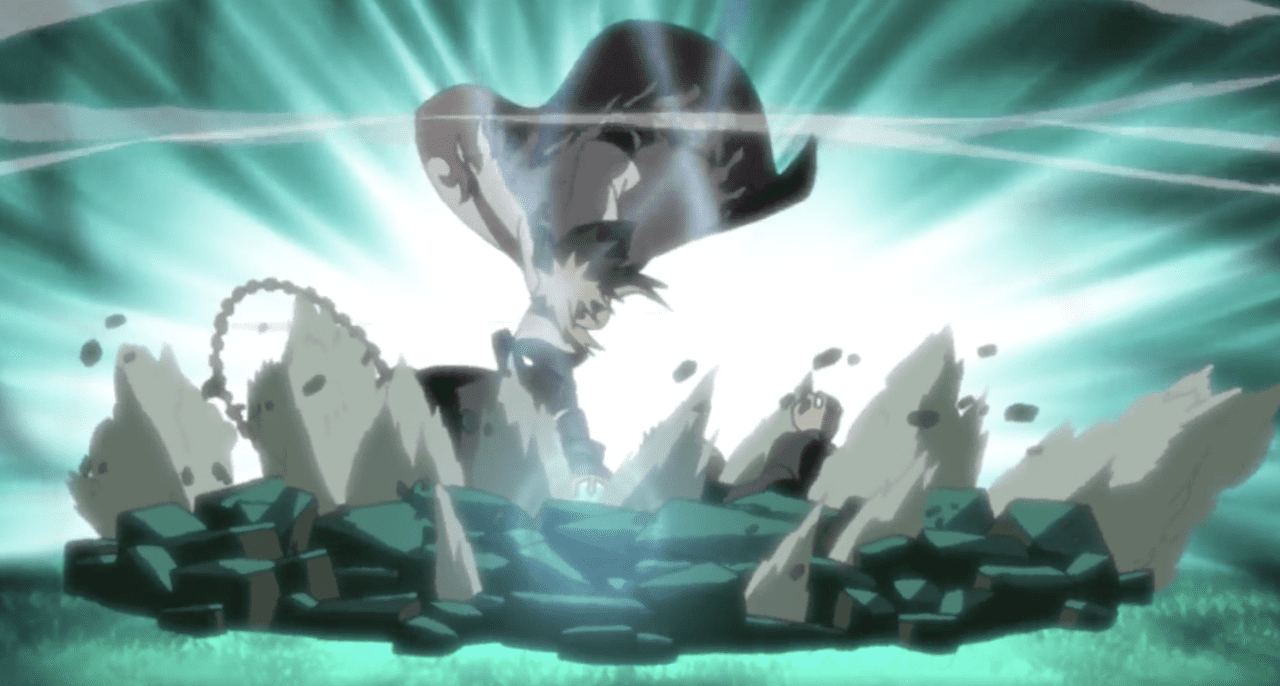 With this seal attached to his opponent’s body, Minato is now able to teleport freely to Tobi whenever he wants. So to release Nine-Tails from his control, Minato uses a contract seal on his opponent which blocks any direct control the summoner has over a summoned creature. Tobi losing this advantage is forced to flee.

But Kushina is dying. Indeed, when a Jinchuriki loses his tailed beast, his/her death his unavoidable. That’s why she proposed to her husband to seal Nine-Tails inside her again and die with him, but Minato rejected this alternative.

The Fourth Hokage thought that Kyuubi’s power could be useful in the future. So he decided to make Naruto the new Nine-Tails Jinchuriki and seal a part of Kushina’s and his memory inside of Naruto as well. However, Kyuubi’s amount of chakra was too much to be sealed inside an infant, so Minato had to use the Death Reaper Seal to separate Nine-Tails chakra in half. The Yang part will go to Naruto and the Ying part will be sealed inside of him. 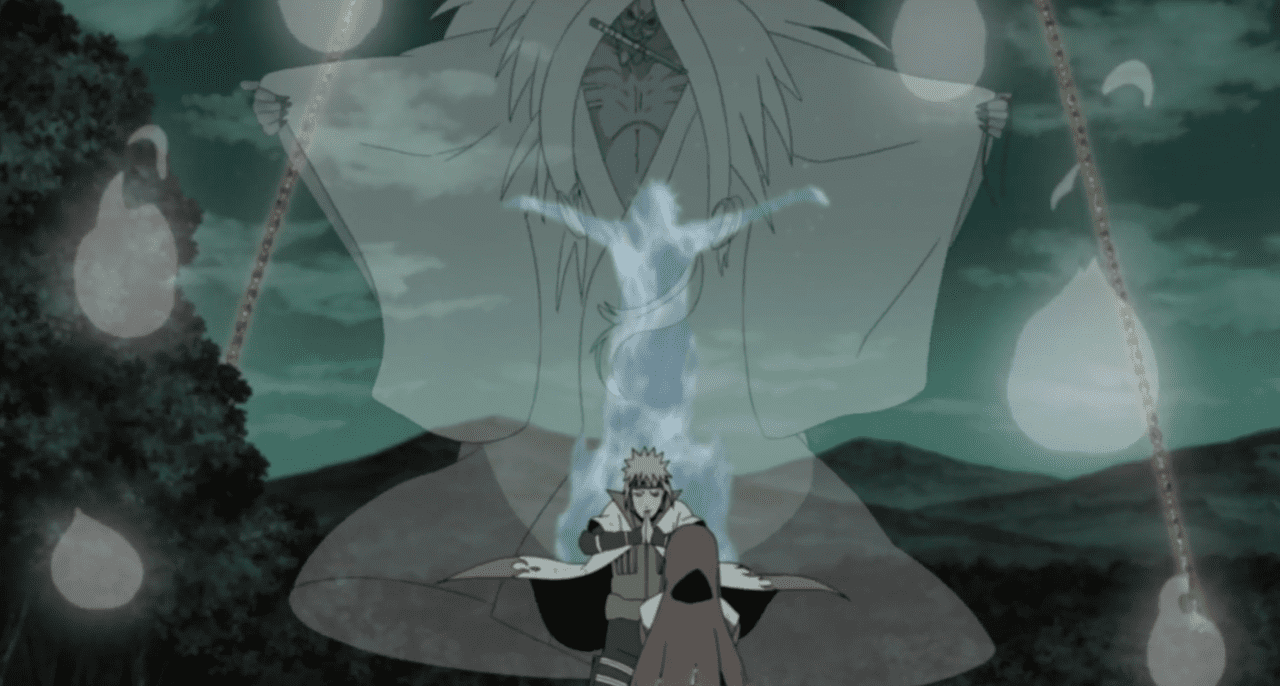 Using the Death Reaper Seal allows the user to seal any entity inside himself, but the price to pay is heavy, a horrible death where his soul will remain forever trapped inside the Shinigami‘s stomach, with no possibility of reaching the afterworld.

After the first part of his plan completed, Minato had now to seal the second half part of Kyuubi inside his son with the eight trigrams seal. However, Nine Tails, noticing Minato’s plan, launches an attack on Naruto and tries to kill him. 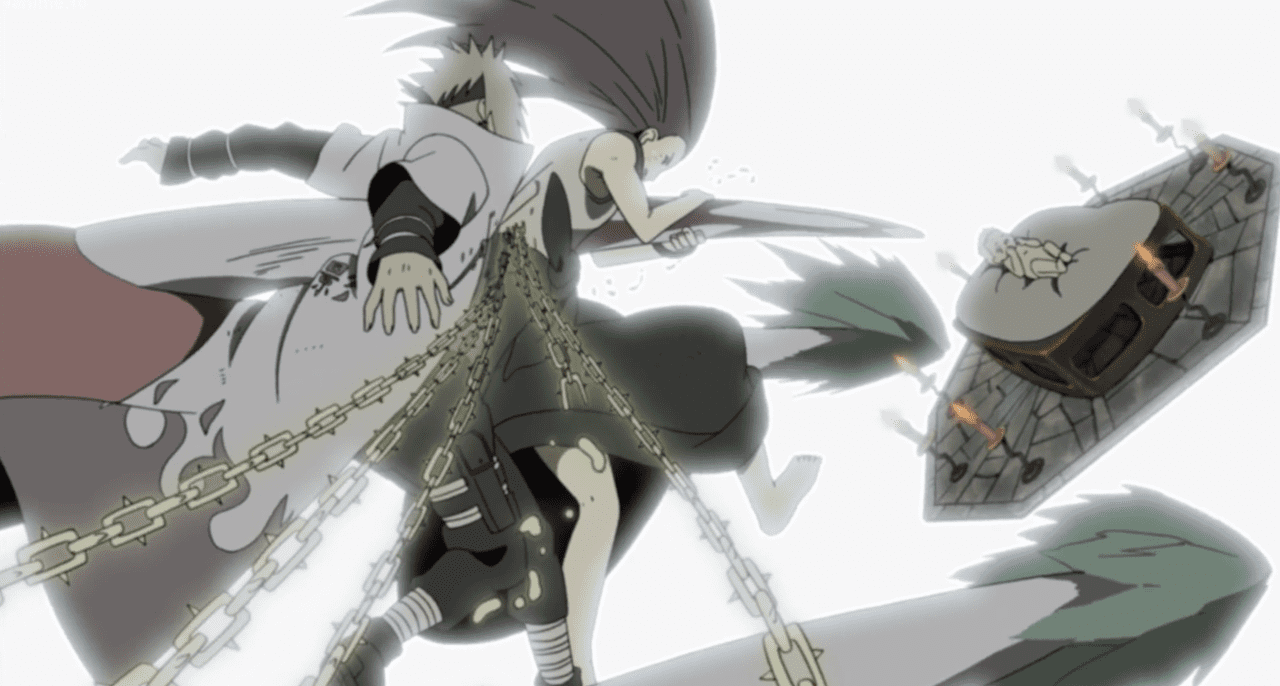 Ultimately, he asked the Third Hokage to protect his son and keep his identity as much secret as possible. If people knew that he was his son, his life could be in danger, which the Third agreed to. With those final words, the Death God ate the last part of Minato’s soul and ends his life. 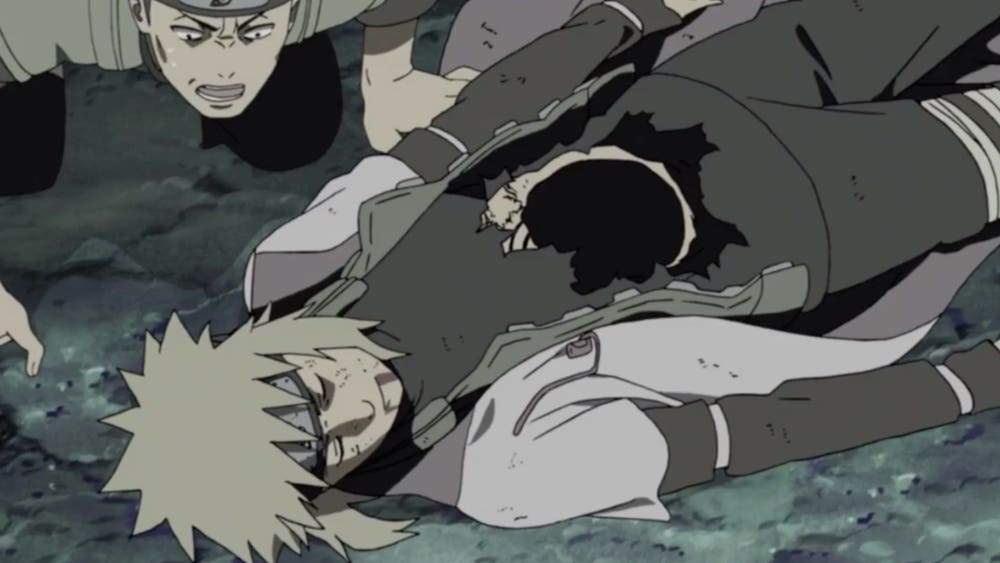 What a horrible ending for both Naruto’s parents. Kushina and the Fourth Hokage die in episode 249 of Naruto Shippuden while protecting their child from Nine-Tails.

They left behind them an orphan and their death will coordinate the next events of Naruto’s life.

We hope you liked this little recap on the Minato Namikaze’s death. If you’re interested to pay tribute to this wonderful character, we advise you to check our collection of amazing Naruto Hoodies where you’ll find the famous Minato Hokage Hoodie featuring his Hokage Cloak design, so don’t hesitate to have a look at it!